Peripheral retinal ablation has been the mainstay of therapy for vasoproliferative retinopathy of prematurity dating back to the Cryo-ROP Study. Though highly effective, laser photoablation—the current treatment standard2—is not a perfect treatment modality. Effective application of laser is often quite challenging. Timely treatment requires a thorough familiarity with the nuances of the clinical features of ROP, particularly posterior disease. Clinicians wellversed in the ROP diagnosis and laser application are not available worldwide.Infants afflicted with aggressive ROP may fare poorly despite timely and appropriate treatment. Though the advantages of peripheral retinal ablation far outweigh the consequences of untreated ROP, ocular and systemic morbidities are not so trivial as to be dismissed. 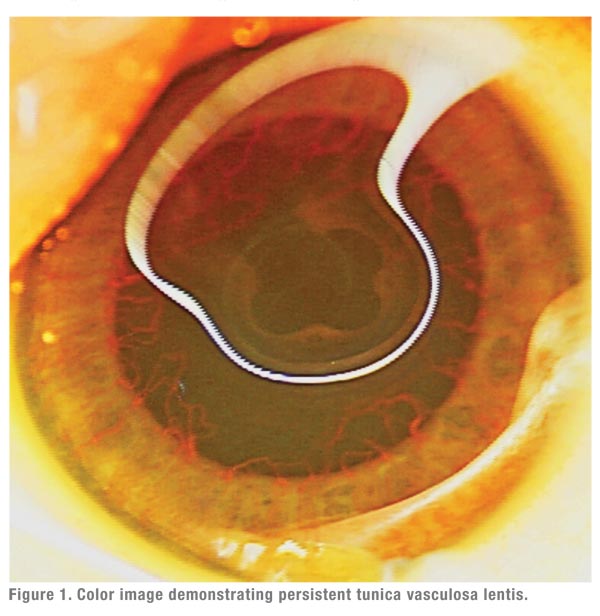 ROP is a biphasic disease characterized by oxygen-induced attenuation of normal retinal vascularization followed by hypoxia-induced vasoproliferation.3 Both phases are mitigated by growth factors, including the proangiogenic cytokine vascular endothelial growth factor. A growing body of laboratory and clinical evidence supports the rationale of targeted pharmacologic inhibition of VEGF as a treatment for acute phase ROP.4,5

What follows is a brief review of the evidence available regarding antiVEGF pharmacotherapy of ROP, either adjunctive to peripheral retinal ablation or as monotherapy.


Literature: Case Reports/Series
The clinical literature speaking to the off-label use of the monoclonal anti-VEGF antibody bevacizumab (Avastin) given by intravitreal injection for infants with advanced ROP consists of case reports/case series and one clinical trial. Both lines of evidence provide clinical information of interest to the management of ROP.

• BLOCK-ROP. The BLOCK-ROP study (Pan-VEGF Blockade for the Treatment of Retinopathy of Prematurity, clinical trials identifier NCT00702819) was designed to assess the safety and tolerability of bevacizumab in infants with aggressive posterior ROP (APROP) who had failed conventional laser therapy. Eleven premiere clinical centers with stateof- the-art neonatal intensive care units and clinicians highly experienced in the diagnosis and treatment of ROP were involved in the trial. This phase of BLOCK-ROP was terminated due to insufficient enrollment—ROP progression with timely and effective laser for APROP was rare at BLOCK-ROP study centers: Two infants were enrolled over the course of a year (unpublished data).


Encouraging Data
Case reports/case series have provided some interesting and thoughtprovoking information. They have demonstrated the utility of bevacizumab in eyes with anterior segment features precluding clear visualization of the posterior segment. In such eyes, regression of ROP (either with or without accompanying laser photocoagulation) has been reported to occur in nearly 90 percent of cases.7,11,13-15 Conversely, among previously treated eyes with persistent disease activity despite peripheral retinal ablation, the best response appears to be in eyes with persistent plus disease or exudation without significant fi brovascular proliferation.6,9-14,18

Phase 1 of the BLOCK-ROP study is of interest as it demonstrated that laser peripheral ablation is a highly effective therapy for ROP in this patient population—as this was the reason for non-recruitment.

The BEAT-ROP study provided proof, in the context of a clinical trial, of the prevailing concept that appropriately timed intraocular VEGF inhibition can eliminate most cases of acute ROP. Yet in many respects the BEAT-ROP study data raise more questions than they answer:
Despite the statement of the BEAT-ROP investigators that “… bevacizumab … can be rapidly administered at the bedside by any ophthalmologist,” intravitreal injection is not trivial, requires detailed understanding of the relevant anatomy and technique, and carries risk (endophthalmitis, retinal detachment, significant intraocular pressure elevation and cataract, to name a few). Cataracts in this population are associated with severe developmental vision loss that may be irreversible. Injection through the peripheral retina may lead to an inoperable retinal detachment and blindness. The systemic impact of pharmacologic therapy may be difficult to ascertain but should not be completely ignored: Of the infant deaths in this study, 71 percent (five of seven) occurred in infants who received bevacizumab. The effectiveness of the treatment should not be determined by the perceived facility of acquisition of the medicine or speed of the procedure.

The prospect of eradicating a blinding disease with a single injection is an exciting one. It is likely that there will be an important role for anti-VEGF therapy in the management of ROP. However, important unanswered questions remain regarding the role of anti-VEGF therapy for ROP. In contrast to peripheral retinal ablation, for which standard of care parameters have been derived from high-quality prospective multicenter studies, there is no standard approach as to when and how bevacizumab is to be used. Similarly, none of the published literature to date provides adequate guidance as to the intervals or duration of post-treatment follow-up when bevacizumab is the treatment administered.

The conceptualization of ROP as a “window disease” is overly simplistic, as ROP treatment requires more than suppression of the acute phase of disease. Available evidence to date does not yet support broad adoption of anti-VEGF as primary or adjunctive treatment for ROP. For the moment, peripheral retinal ablation remains the treatment of choice. Well-designed clinical trials of anti-VEGF therapy for ROP are needed in order to provide information as to the balance of risk vs. benefit, as well as practical guidance regarding optimal treatment parameters and follow-up.

How to Manage Intraocular Lymphoma