A refractive surgeon could begin doing LASIK, or adopt a new technique, and, after making some missteps, gradually get better. As German satirist Heinrich Heine wrote, however, “Experience is a good school, but the fees are high.” It’s much better to profit from the wisdom of others who’ve already experienced some pitfalls and, as a result, have developed techniques that work well. In this column, veteran LASIK surgeons share the pearls that help keep their outcomes up and complications down.

Surgeons say you can help ensure a better LASIK surgery before you even activate the laser.

“Our goal is to make sure all the stars are in alignment on the day of surgery,” says Birmingham, Ala., surgeon Marc Michelson. “So we first look at the glasses the patient’s been wearing for the last couple of years to see how close that prescription is to his current manifest refraction. We’ll also do a cycloplegic refraction to make sure there’s no wide variation in sphere or cylinder value from the manifest to the cycloplegic refraction. We like to see a lack of difference between those values. When we see that, it gives us a high confidence level that the refractions we’ve obtained are probably spot-on for being a good guide for the treatment amount.

“We also want to avoid an overminused refraction,” Dr. Michelson continues. “For instance, if someone’s a -4 and the tech refracts her to -5, we would want to look at the cycloplegic refraction to make sure it’s in line with the manifest. Because if someone with their old pair of -4 glasses walks in and she’s seeing 20/20 with that, and she then gets a -5 refraction and is 20/20 with that, we’re going to want to go back and verify those refractions, maybe on a different day, to make sure she wasn’t overminused. We’ll also reverify the refractions on the day of treatment if there’s any question, even if the discrepancy is as little as 0.5 D. If the patient is vacillating between -4 and -4.5 D on the day of treatment, we’ll fog him to edge up the minus and the sphere a little bit to see where he’s hitting his 20/20 point. Once we get that, we can go up and down a little with the refraction to verify that we’re giving him the right spherical correction. We want to make sure that we’re comfortable with the treatment amount we’re planning on putting into the laser.”

Edward Manche, MD, director of cornea and refractive surgery at Stanford University’s Eye Laser Center, says there’s a particular group of patients the refractive surgeon should be wary of when doing preop informed consent and preparation. “You have to be careful when you see the 45- to 50-year-old patient who comes in and has low myopia and is  wearing glasses, having never worn contacts,” he says. “Those patients really don’t understand presbyopia. They can be very well-educated, but still just don’t understand it, because they’re able to take their glasses off to see at near. I think that’s one of the pitfalls that some people fall into. If someone is 45 and -1.5 and has never worn contacts, I’ll fit him with contacts to demonstrate presbyopia, because nine times out of 10, he won’t be able to wrap his head around what presbyopia means, and can’t understand that after LASIK he won’t be able to read the paper. After I demonstrate this to them, a lot will elect not to do the surgery. I’ll often show them monovision too, so they can see what full correction is and also what monovision is. This is a group of patients who have the potential to be really unhappy, and they really benefit from our showing them what it would look like.”

Paying attention to the condition of the patient’s ocular surface is another preop consideration that can pay dividends postop, say surgeons. “The post-LASIK neurotrophic epitheliopathy, or pseudo dry eye, can last up to a year postop,” says Chicago surgeon Mitch Jackson. “One study found that pre-existing dry eye is a risk factor for severe dry eye post-LASIK.1 Preop, the day the patient comes out of his contact lenses, I have him start Restasis. This might be a day before or a week before. It’s an off-label use, but we know dry eye increases the risk for refractive regression via vision fluctuation, so you want to stabilize the patient’s tear film and improve the neurogenic recovery. Ideally, I like patients on Restasis for six months, which includes time pre- and postop, barring any cost issues for the patient. Also, Barry Schechter, MD, presented a study at the 2010 meeting of the American Society of Cataract and Refractive surgery showing that, when patients used a drop of brom­fenac q.d. during a six-week induction phase of Restasis, there was a greater improvement in Schirmer’s testing, tear breakup time, corneal staining and the ocular surface disease index. So there are options. Alternatively, many surgeons may use steroids during the induction phase of Restasis, such as loteprednol or fluorometholone.” Postoperatively, Dr. Jackson uses hypotonic artificial tears in addition to the Restasis, to help cover the hyperosmolarity component of dry eye.

During the surgery itself, there are certain steps surgeons recommend taking to enhance outcomes.

Dr. Michelson has a technique he likes to use to minimize the risk of flap striae postop. “When I create a flap with the femtosecond laser, I’ll use a Sinskey hook to break open the edge of the flap, putting the hook in at an orientation tangential to the curvature of the edge,” he says. “I’ll break it open about one or two clock hours. I then take a small forceps designed to grab the edge of the flap and I’ll peel it back. I try not to fold the flap, just keep it flat when exposing the stroma. Then, when I’m ready to put the flap back on, I’ll put a monolayer of BSS on the stroma and use the cannula to push the flap back into position, starting at the hinge and while using constant irrigation—I don’t want the epithelium to dry out. Once the flap is in position, I’ll go under the flap with the cannula and irrigate the interface, because I don’t want to leave any residue such as lint, oils from the tear glands, or other foreign material. After I’ve done that for a couple of good squirts, I’ll take the cannula while I’m irrigating and stroke the flap from the hinge to the edge, sort of like using a rolling pin to smooth it out. I do this under profuse irrigation to make sure I’m not creating friction. Incidentally, we also pre-mark the cornea before flap creation to make sure that the marks align postop, which helps prevent flap striae.”

Dr. Manche says that femtosecond laser users can minimize intraocular bubbles post-flap creation in certain patients. “If you have someone with a lot of pannus, or a smaller eye so that the pocket created by the femtosecond is near the vasculature, that’s when you’ll see more bubbles in the anterior chamber,” he explains. “The strategy for this situation is to shrink the flap diameter to keep it away from the superior pannus as much as possible.”

Dr. Jackson, with an eye toward minimizing or avoiding dry-eye problems after LASIK, says newer generation femtosecond lasers have features that can help. “The newer generation femtosecond lasers have inverted bevel-in reverse side cuts,” he says. “Eric Donnenfeld, MD, showed that with these types of side cuts there was less of a reduction in corneal sensitivity and improved severed nerve apposition. At day 90 to 180, corneal sensation, central corneal staining, Schirmer’s and tear breakup time were all statistically better with the inverted side cut compared to not having the inverted side cut.” (Donnenfeld E. IOVS 2010:51:ARVO E-abstract 2855)

Finally, in addition to proper preop preparation and intricate surgical maneuvers, Dr. Michelson says it would be for naught without a skilled team around him. “If I didn’t have the staff to support me and I didn’t trust the measurements they make, I couldn’t do what I do,” he says. “The whole office experience is critical.”  REVIEW 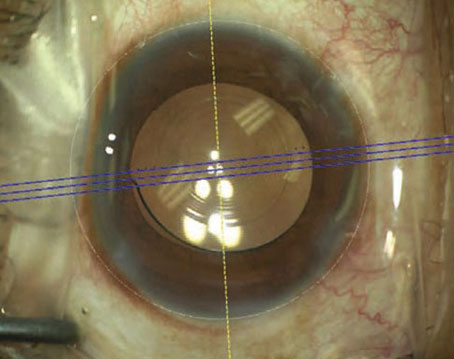 Get the Eye Ready for LASIK Surgery 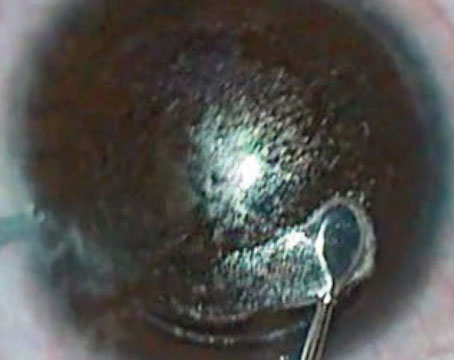