In spite of advanced surgical techniques and instrumentation, proliferative vitreoretinopathy is the biggest obstacle to successful retinal reattachment surgery, with a cumulative risk of approximately 5 to 10 percent of all retinal detachment repairs, accounting for approximately 75 percent of all primary surgical failures.1 PVR is characterized by growth and migration of preretinal or subretinal membranes. Contraction of these membranes causes foreshortening of the retina, leading to stretch holes or traction, and recurrent detachment of the retina.

The pathogenesis is far from being completely understood. In general, processes that increase vascular permeability are more likely to increase the probability of PVR formation. Specific risk factors that have been identified include: uveitis; large, giant, or multiple tears; vitreous hemorrhage, preoperative or postoperative choroidal detachments; aphakia; multiple previous surgeries; and large detachments involving greater than two quadrants of the eye.1,2

The PVR process is thought to be analogous to the anomalous wound healing that leads to skin keloid formation.3 It is thought the most important cell types in PVR pathogenesis are the retinal pigment epithelial cells, which are believed to migrate through retinal breaks, de-differentiate and proliferate on the retinal surface. Retinal glial cells and macrophages may also play important roles, perhaps by providing a scaffold for membrane formation and/or by releasing trophic factors.3,4 This process appears to be driven by and modulated by numerous growth factors5 (e.g., platelet-derived growth factor,6 vascular endothelial growth factor,7 tumor growth factor-beta, epidermal growth factor, tumor necrosis factor-alpha and fibroblast growth factor8) and cytokines (e.g., interleukin-1, -6, -8 and -10, and interferon-gamma9). Despite a growing understanding of the molecular underpinnings of PVR, prevention of the clinical phenomenon is still not possible.

Surgery
​
The mainstay of the management of PVR is surgical, with pars plana vitrectomy with membrane peeling being the primary procedure.

The surgical approach for PVR is generally the same for primary retinal detachments without membranes. The principal difference is that there is significantly more retinal traction in PVR, which is caused by membranes and bands rather than vitreous gel alone. As such, different techniques may be employed to dissect these membranes to allow the retina to flatten.

Additionally, if a scleral buckle was not used at the time of the primary retinal detachment repair, it can be advantageous to place one during the PVR vitrectomy procedure. However, if an extensive inferior retinectomy is likely to be performed, a scleral buckle is likely not needed.

The primary surgical goal in PVR surgery is to remove the membranes from the retinal surface and from beneath the retina (if necessary). Because these membranes may be tightly adherent to the underlying tissue, it is frequently advantageous to use bimanual surgical techniques, with both hands using surgical instruments to manipulate the retina and associated membranes. Typically, silicone oil is instilled for longer lasting tamponade, though perfluoropropane (C3F8) gas may also be used for eyes with less-extensive disease.10,11

Significant basic science and animal research effort has been directed towards elucidating the pathobiology of PVR with the aim of preventing retinal re-detachment. Unfortunately few human studies conclusively provide guidance on the optimal means of doing so. Historically, three main categories of pharmacologic prevention have been explored: anti-inflammatory; anti-proliferative/neoplastic; and anti-growth factor.9

Corticosteroids were among the first agents tested in the prevention of PVR. The rationale for their utility stems from the observation that PVR seems to be an inflammatory event clinically, and this has been validated with proteomic analysis.12 Their effectiveness was suggested in animal experiments,13 but this has not translated to long-term success in humans.14,15 A randomized controlled trial of systemic steroids for the prevention of epiretinal membrane following primary RD repair showed a lower rate of ERM in the experimental group, but no difference in visual acuity outcomes.16 One retrospective series that achieved good outcomes involved 2 mg triamcinolone acetate administered intravitreally at the end of vitrectomy surgery with silicone oil tamponade.17 However, a randomized trial in eyes with at least Grade C PVR that compared 4 mg triamcinolone injection following silicone oil infusion with no triamcinolone found no significant difference in anatomic success rate, visual acuity or PVR recurrence at six months.18 If access to compounded medication becomes more restricted, the dexamethasone intravitreal implant might be another experimental option.19

Anti-proliferative agents also seem to be good candidates for activity against PVR given the de-differentiation of mature cell lines and proliferation of the cellular membranes. One of the most tested compounds for PVR has been 5-fluorouracil.9 5-FU is frequently used in glaucoma surgery to prevent the scarring associated with filtration procedures, so it has a pre-existing safety profile, albeit externally. Two prospective, randomized studies have been conducted of 5-FU in combination with low molecular weight heparin,20,21 which were then the subject of a meta-analysis given their differing results.22 A benefit was shown in subjects at higher risk of PVR,23 but not in an unselected population,21 which led the authors of the meta-analysis to urge that further research be conducted only in high-risk individuals.22

Retinoic acid, in the form of 13-cis-RA (isotretinoin), has also been tested in several trials. While commonly used by dermatologists for the treatment of acne, isotretinoin was originally developed as an anti-proliferative agent for the treatment of basal cell carcinomas. In a prospective randomized trial of 35 patients,24 those who received 20 mg daily had higher rates of retinal re-attachment, lower rates of epiretinal membrane formation and higher rates of ambulatory vision after at least one year of follow-up. Additionally, a randomized, placebo-controlled trial is currently under way at the Wills Eye Hospital evaluating the use of isotretinoin for the prevention of PVR in eyes with a primary retinal detachment at high risk for developing PVR as well as in eyes that have already failed primary surgery due to the development of PVR.

Daunorubicin, which inhibits DNA and RNA synthesis, has been tested in a large multicenter, prospective, randomized trial. Anatomical success rates were similar between the Daunorubicin and control groups, and there was no difference in best-corrected visual acuity.25 Some animal studies suggested a benefit of colchicine in models of PVR, but this was not borne out in a clinical trial in humans.26 Ribozymes are small RNA molecules that bind and cleave specific target mRNA sequences. One such molecule, VIT100, was tested in a trial of 134 patients with Grade C PVR undergoing vitrectomy, but it was not found to be effective.27

Perhaps the most vibrant current research involves attempting to inhibit growth factor pathways, though few human trials have been published.9 Ranibizumab, well-known to retinal specialists in angiogenic disease processes, has been shown to prevent PVR in rabbit models of disease.7 Kinase inhibitors work downstream at the intracellular signaling level and may block PVR processes caused by various upstream signals. In the near term, viral vectors may be able to insert genes for soluble receptors to block factors, and commonly used medications like N-acetlycysteine (NAC) may help block indirect platelet-derived growth factor activation through its antioxidant activity,28 though human data is lacking as yet.

We have learned a great deal about the pathogenesis of PVR over the past decades, but are still unable to reliably prevent its occurrence. At the current time, surgery is our only option for dealing with PVR; we do not have any proven surgical adjuvants or medical therapies. Many drugs have been tested and some clinical studies are ongoing, but we have a lot of ground to cover to more effectively treat this devastating disease process.  REVIEW


Dr. Brady is an assistant professor of ophthalmology at the Wilmer Eye Institute, Johns Hopkins University School of Medicine in Baltimore. 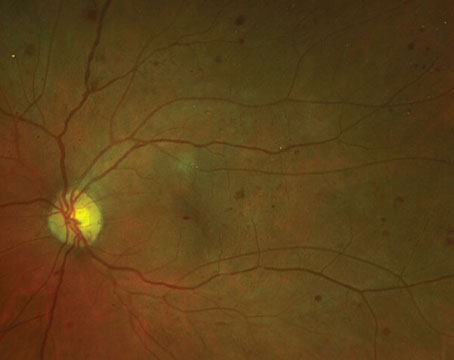