In the past year, there have been numerous reports comparing the results seen with the femtosecond laser to the visual results when a mechanical microkeratome is used. But few of these studies have included a large number of eyes.

In our most recent LASIK study conducted at the in , we set out to evaluate three keratome devices for LASIK flap creation: the Amadeus Microkeratome (Advanced Medical Optics); the Hansatome Microkeratome (Bausch & Lomb); and the IntraLase FS femtosecond laser (IntraLase).

The results show that there are some definitive clinical benefits to using the femtosecond laser for LASIK flap creation, chief among them being a much more reproducible flap.

Our primary interest in performing the study was to look at flap thickness reproducibility and postoperative quality of vision. We also collected data to assess the safety, efficacy and refractive stability following surgery. A secondary outcome of the study was to examine the induction of higher-order aberrations created by the flap itself. To do this, we broke the study group into two with one subset of patients undergoing a step procedure (staged treatment) with a gap of one month between the time the flap was cut and the wavefront-guided laser treatment was performed. The second group underwent a standard wavefront-guided LASIK.

Pre- and postoperative investigations included uncorrected visual acuity and best-corrected visual acuity measurements, manifest and cycloplegic refraction, low-contrast visual acuity, wavefront analysis of higher-order aberrations, corneal pachymetry and intraocular pressure. Patients were seen at one day, one week, one month and three months postop and were also given a psychometric questionnaire preoperatively and again at the three-month postop visit.

Looking at the clinical results, we found that the IntraLase patients fared better at each stage compared to the mechanical microkeratome groups with 68 percent achieving 20/16 on day one postoperatively, compared to 49 percent in the Amadeus and 42 percent and Hansatome groups. Results were similar at one week and the trend continued at one month. 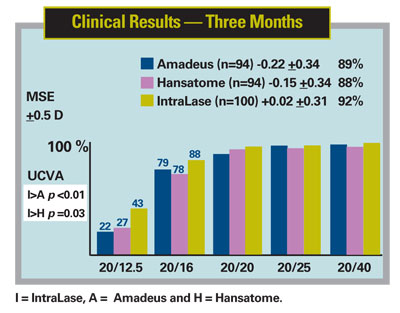 One of the key outcome factors in our study was to assess the quality of vision following LASIK. We measured this in four ways: photopic low-contrast (5 percent) acuity; mesopic low-contrast (25 percent with neutral density filter) acuity; wavefront measurement of higher-order aberrations; and subjective patient self-assessment questionnaires. 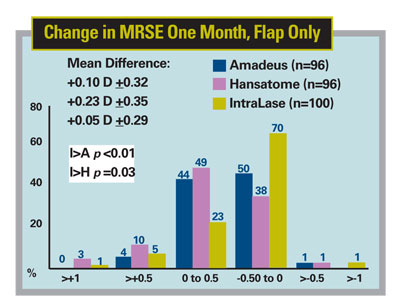 Low-contrast acuity testing at photophobic and mesopic lighting conditions demonstrated that the IntraLase patient groups had superior results compared to the other two groups, particularly at 25-percent contrast acuity. Under mesopic conditions, 42 percent of the IntraLase group gained one or more lines of vision, compared to 17 percent in the Amadeus group (p<0.001) and 36 percent in the Hansatome group (p=0.04). However, we found less of a difference in visual performance at 5-percent (photopic) contrast acuity, with the Hansatome and IntraLase groups posting almost similar results and outperforming the Amadeus group.

When we looked at aberrations induced by creation of the flap itself, we found a trend toward the mechanical keratomes inducing more overall higher-order aberrations, although the differences were not statistically significant. There were no distinct differences in induction of individual aberrations (coma, trefoil or spherical aberration) based solely on the type of keratome used.

When we compared the results between the standard and the staged groups there were no statistical differences in mean MSE at three months postoperatively.

There were also no differences between the staged and standard groups in terms of percentage of patients within ±0.5 D of the intended correction at three months postoperatively.

However, when we looked at the low-contrast visual acuity results, there was a statistically significant difference (p<0.01) between the standard and the staged groups for the Amadeus microkeratome at 5-percent (photopic) testing, in favor of the staged group. We found no significant differences with respect to low-contrast acuity in the treatment groups for Hansatome and IntraLase.

Today there are around 1,000 naval aviators, including aircraft carrier pilots, who have undergone refractive surgery. Also, more than 500 student aviators who would otherwise not have been admitted have been able to enter pilot training because of refractive surgery. To date, naval aviators have only been allowed to have PRK. This study was designed, in part, to assist the Department of Defense in determining the best equipment for purchase for its refractive surgery centers, as well as to evaluate which technology should be used to treat its fighters. The findings in this study support other published results that show the benefits of flap creation with a femtosecond laser.

Dr. Tanzer is the Navy Refractive Surgery Program manager and director of the in . He has no financial or proprietary interest in any material or method mentioned. The views expressed in this article are those of the authors and do not necessarily reflect the official policy or position of the Department of the Navy, Department of Defense or the government. 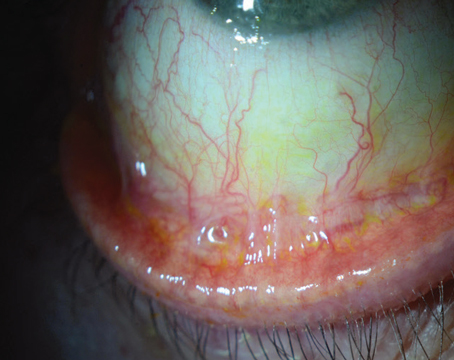 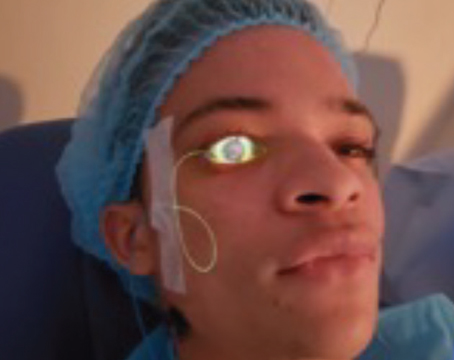