Today, it’s become clear that biomechanical strength is an important factor in the health of ocular tissues such as the cornea. This aspect of the cornea’s structural integrity impacts a number of medical conditions, including keratoconus, and influences measurements such as intraocular pressure (when taken via contact tonometry). In addition, in recent years deliberate alteration of corneal integrity has been used to change the cornea’s refractive power through means as varied as radial keratotomy and conductive keratoplasty, and strengthening the cornea via collagen crosslinking is now being used to treat or prevent serious ocular disease. For that reason, being able to measure the biomechanical strength of the cornea in vivo has become increasingly important.

One way of quantifying biomechanical strength is by measuring stiffness, or more precisely, Young’s modulus—the relationship between strain and responsive elasticity. For the past several years, the only high-tech way to measure this in vivo has been by using Reichert’s Ocular Response Analyzer. Now, however, a new technology originally developed to measure the biomechanical stiffness of breast tissue and organs such as the liver is being adapted for use as a way to measure corneal strength.


Riding the Wave
Transient elastography uses two different types of energy waves to measure the stiffness of tissue. First, a transducer generates a precise shear wave—a single, impulse vibration that travels out through the tissue, not unlike flicking a finger against a bowl of Jell-O. (Because the vibration is transient rather than continuous, a single event can be measured without distortions from multiple waves, interference or reflections.) The vibration lasts less than 50 ms, and the speed at which the resulting shear wave passes through the tissue is directly proportional to the stiffness of the tissue.

This technology is now being adapted for use in measuring the biomechanical properties of the cornea. David Touboul, MD, an ophthalmologist at the National Reference Center for Keratoconus at the Bordeaux Hospital and University in France, has been developing this approach for the past several years. (His work is supported by the French Research National Agency, in partnership with Langevin’s Institute and the Bordeaux University ophthalmology department.) He refers to the new approach as Corneal Transient Elastography, or CTE; it’s currently accomplished using a transducer developed for use in breast tissue imaging by Supersonic Imaging (Aixen-Provence, France).

“Transferring this technology to the field of ophthalmology was a challenge because of the tiny scale of ocular structures,” says Dr. Touboul. “The echographic probe is placed in front of the cornea, like a Goldmann tonometer, but no direct physical contact or indentation is needed. An aqueous gel is used as an interface, and the measurement can be performed under topical anesthesia.

“The SSI device creates a supersonic wave in the biological tissue by focusing an ultrasonic beam generated by the ultrafast 16-MHz ultrasonographic probe,” he continues. “This creates an amount of local displacement smaller than 10 µm over a period of less than 50 µs. After generating the shear wave, the echographic probe switches to ultrafast imaging mode and acquires raw radio-frequency data as fast as 20,000 frames per second. Unlike conventional ultrasonography, where an image is generated using line-by-line focused beams, these images are achieved by transmitting a single, quasi-plane ultrasonic wave through the tissue; the beamforming process is completed in receiving mode.”

Dr. Touboul says the system then compares several consecutive images to analyze the shear wave displacement field as it moves through the cornea. “The entire measurement only takes about 25 µs,” he notes. “Moreover, to investigate a larger region of the cornea and increase the shear velocity estimation zone by zone, we generate three successive shear waves in three different locations. This results in three different measurements of the same corneal region, which can be used to estimate the velocity of the shear wave.”

Dr. Touboul says his team did their preliminary ex vivo work with porcine eyes. “Because IOP monitoring is an important concern, we began by correlating IOP and elasticity,” he explains. “Our pressure expansion work showed that the mean shear wave speed was a linear function of IOP, which means that Young’s modulus could be used as a quadratic function of IOP.

“With this background, we started working with anterior stromal photo-polymerization crosslinking, both ex vivo and in vivo, using porcine eyes,” he continues. “We were able to measure a consistent stiffening of the cornea, and we found that crosslinking increased the mean Young’s modulus by 60 percent, taking into consideration that corneal elasticity was strongly correlated with IOP variations.” (See illustration.)


Next: Human Corneas
Dr. Touboul believes that corneal transient elastography holds great promise as a means to measure corneal stiffness. “It allows true biomechanical assessments in vivo, without directly touching the cornea,” he notes. “We hope to be able to use this technology to analyze other tissues of the eye like the ciliary body and crystalline lens in the near future. Ultimately, we believe this technology will end up in the clinic, where it should have multiple practical uses.” Dr. Touboul says that human trials using the technology to measure corneal stiffness will begin this year in Bordeaux.

New options are making it easy to visualize the condition of a patient’s meibomian glands, with no patient discomfort. Read More

Grading the Ocular Surface with the iPod

Devices for Ocular Imaging on the Go 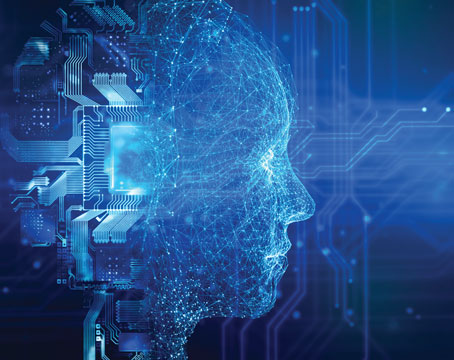