This March, an independent advisory panel to the Food and Drug Administration finally recommended marketing approval for the Visian Toric ICL. Although the standard Visian ICL has been available in the United States for several years and the toric version has been available outside the United States for more than a decade, American ophthalmologists have not had access to the latter. The advisory panel’s recommendation has now raised hopes that FDA approval of the Visian Toric lens will soon follow.

“Overall, about 450,000 ICLs have been implanted globally in the past 17 years,” notes Francis W. Price Jr., MD, president of the Price Vision Group in Indianapolis and founder and board president of the Cornea Research Foundation of America. “Where toric lenses are available they represent about 40 percent of the ICLs that are used.”

John A. Vukich, MD, an assistant clinical professor at the University of Wisconsin, Madison, medical monitor for Staar Surgical and a principal investigator for the FDA study of the Visian Toric ICL, notes that the Visian Toric has been used extensively outside the United States. “The Visian ICL is currently distributed in 64 countries, and 63 of them already have access to the toric lens,” he says. “More than 100,000 of these toric lenses have been placed worldwide.”

“All the phakic lens implants give excellent visual results, especially for high myopes,” notes Dr. Price. “Nevertheless, I was struck by some of the data I presented to the FDA panel regarding this lens. For example, 77 percent of the eyes in the toric ICL study ended up with uncorrected vision as good or better than their best preop glasses-corrected vision. In addition, 77 percent of the eyes gained one or more lines of BCVA when wearing glasses.

“One area that could be improved on is sizing, to get an ideal amount of vaulting for the ICL lenses,” he continues. “With that said, data from Staar show that less than 1 percent of lenses are exchanged because of vaulting issues. Data from the five-year study of the myopic ICL and the literature show about a 2-percent rate of cataract formation, with both age and degree of myopia being significant risk factors for development of cataracts. There was a small subset of patients who developed increased cell loss in the first few years after surgery, but the rate of cell loss appears to have leveled off over time. The rate of reported corneal edema with the ICL in the literature and with reporting to Staar appears to be low—0.02 percent—and primarily related to the time of surgery, emphasizing the importance of good technique training prior to implanting ICLs.”

Aligning the Axis in the Eye

In terms of correcting astigmatism, Dr. Vukich notes that the concept here is exactly the same as with an in-the-bag aphakic lens. “However, in a toric in-the-bag IOL the meridian of the axis of astigmatism is not predetermined,” he says. “After implantation you simply rotate the lens to whatever meridian is required for astigmatism control. In contrast, the ICL has the axis at a specific meridian. It’s designed to be aligned with the 180-degree meridian, with only a minor adjustment of no more than 22 degrees rotation, clockwise or counterclockwise from the 180-degree meridian to correct the astigmatism.”

“ICLs are primarily placed horizontally because the sizing of the lens is based on placing the lens in a horizontal meridian,” explains Dr. Price. “You don’t want to go too far off that meridian. Suppose that Staar has a 10-D sphere lens with 2 D of plus cylinder in stock, with the cylinder at 90 degrees on the lens. You can use that lens in someone with cylinder at 90, 95 or 105 degrees; you would leave the lens horizontal to address 90-degree cylinder, rotate it 5 degrees for cylinder at 95 degrees, and rotate it 15 degrees to treat cylinder at 105 degrees. Staar tells you how much you need to rotate it when you get the lens.”

Dr. Vukich notes that allowing this small adjustment eliminates the need for Staar to create a different lens for every possible axis of astigmatism, in addition to different lens sizes, spherical powers in half-diopters from 3 to -20 and astigmatism powers up to 6 D in half-diopter steps (outside the United States—the range of astigmatic correction available in the United States will be determined by the FDA if and when the lens is approved). “Because of this lens design, each lens is matched to what the patient needs,” he says. “You go to the online toric ICL calculator; you type in the patient’s refractive error. The online calculator gives you a solution and specifies the lens from inventory that you need, along with the instructions for aligning it for that specific patient. The lens is also delivered with a positioning diagram.

“We know that positionally, the Visian Toric ICL is extremely stable,” Dr. Vukich adds. “In fact, this was one of the things the FDA has looked at carefully; it meets the standards for rotational stability and refractive correction. It stays where you put it. At the same time, moving it to place it exactly where you want it is not difficult.”

Dr. Vukich says the learning curve for a surgeon implanting these lenses will be low. “Anyone who is comfortable with ICLs, or even intraocular surgery in general, can very quickly master this,” he says. “The Visian Toric looks, feels and handles exactly like the myopic Visian ICL. They insert identically; they go into the exact same meridian—the horizontal meridian. The only difference is that the Visian toric may require a slight adjustment, less than one clock hour, once the lens is in the ciliary sulcus. It’s a trivial positioning issue.”

Nevertheless, Dr. Vukich says that a surgeon who has never implanted an ICL should undergo a certification course before implanting a Visian Toric. “The skills necessary to implant an ICL are completely within the tool kit of any anterior segment surgeon,” he notes. “However, there are nuanced techniques we’ve learned over the years that will optimize your outcomes—little tips that make things easier for the surgeon. So if you haven’t put in an ICL previously you should take a training course.”

Dr. Price agrees. “I would recommend taking a course in implanting the Visian if you haven’t implanted an ICL before,” he says. “You need to take the course for two reasons: to learn the surgical technique, and to learn how to size the lens and how to order it.”

Dr. Vukich adds that this type of lens is well-suited to a full range of correction, and the surgery is not “dose-dependent.” “By that I mean that the surgical technique and the implant itself aren’t any riskier or more challenging whether the patient is -3 D or -20 D,” he says. “That’s in contrast to LASIK, where the larger the correction is, the more tissue has to be ablated and the greater the impact on the corneal stroma. The ICL uses the same surgery for every correction; it’s just a different power of lens.

“I think many U.S. surgeons have eagerly anticipated this lens,” he adds. “I believe it will be readily adopted.”   REVIEW

Dr. Vukich is a consultant to Staar Surgical Company. Dr. Price has been a paid consultant for Staar, but does not have any financial stake in the company or the ICLs.
Show more on: NEW TECHNOLOGY

Three Stents in the Glaucoma Pipeline 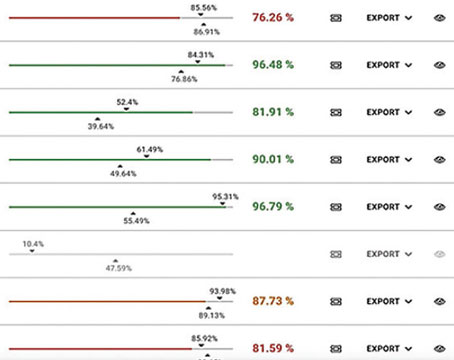