Every doctor managing glaucoma knows that compliance is a significant factor in how well patients respond to treatment. However, two types of compliance can affect the outcome: compliance with medication use—the type of compliance that has been the focus of much work and discussion—and compliance with recommended follow-up visits.

Hundreds of papers about medication compliance have been published. In contrast, little has been written about the impact of appropriate surveillance on disease out-comes. Recent data, however, shows that patient compliance with follow-up—returning for exams at the times prescribed by the doctor—may be at least as important as how faithfully the patient uses prescribed medications.

Here, we’d like to share some of the surprising findings recent studies have uncovered, and discuss the implications for clinicians striving to achieve the best possible outcomes.

The Power of Follow-up

Our group has been fortunate enough to have access to both medication refill and follow-up data on the same patients for whom disease progression has been monitored at San Francisco General Hospital. We hypothesized that how well glaucoma patients do over time might not simply be a question of whether or not they are taking their medications, but also how closely they are being monitored. Regular follow-up allows determination of disease course with adjustment of medications, as well as consideration of laser and surgical options for those who are doing poorly with current therapy.

While taking appropriate medications as prescribed likely improves outcomes, such therapy has its limitations; not all compliant patients are destined to do well. Making the assumption that medication compliance insures good outcomes, and placing insufficient emphasis on appropriate follow-up, can lead to disaster. Given that glaucoma is often an asymptomatic disease until late in the disease course, patients who forget to return to your office—perhaps assuming that simply taking the medications is enough—might be getting worse without knowing it.

Our most recent study was done in two parts. The first author of both reports was Cindy Ung, a medical student at Stanford University who performed a cross-sectional analysis on patients at San Francisco General Hospital. To determine subjects’ level of disease we used classifications of glaucoma severity based on the American Academy of Ophthalmology’s Preferred Practice Patterns. For purposes of determining compliance with medication use, we examined the patient’s refill history using a previously validated method.

The first paper looked at medication adherence among glaucoma patients.1 It found that patients who had more severe glaucoma were more compliant with medical therapy than those with mild or moderate stages of disease, as indicated by a greater propensity to refill their prescriptions (See Table 1). (These results contradict a previous study that found that patients who were more diseased were less compliant with their medications.2)

One possible explanation for these findings is that people who have more severe disease probably receive more counseling and are more aware of their visual deficit than those with less-severe disease. That awareness might explain why they were more likely to use their medications as directed.

Our second study looked for correlations between disease severity, medication use and compliance with follow-up visits.3 After adjusting for confounding factors, the data revealed that being less adherent to the recommended follow-up schedule was associated with more severe glaucomatous disease (See Table 2). Patients who had only mild or moderate glaucoma were more compliant with keeping appointments as recommended than those with more severe disease. Given the cross-sectional nature of the study, we were unable to address the issue of causation—i.e., did more regular follow-up result in better outcomes? Nevertheless, the findings are a basis for exploring this hypothesis further in a prospective study.

Making Sense of the Data

How can we account for the finding that patients who were more likely to use their medications as prescribed were less likely to return for follow-up visits? It’s possible that these patients were thinking, “Well, I’m fine. I don’t need to go see the doctor so often because if I’m taking my medications, the disease must be under control.” In contrast, those who were not taking their medications regularly may have been more fearful of the adverse consequences of medication noncompliance and felt a greater need for regular surveillance.

Another question is whether the association between disease severity and follow-up inconsistency reflects some kind of causal link. If patients with worse disease are less reliable about returning for follow-up visits, is the worse condition of the eyes partially interfering with the patients’ return? Or is the failure to return (due to some other cause) leading to a worsening of the disease?

Unfortunately, we can’t fully answer that question in a cross-sectional study, and performing a prospective randomized trial to address the issue would require closer surveillance of one group of glaucoma subjects versus another with equally severe disease, a study design that may not be considered ethical.

Interestingly, we found no racial or ethnic correlations to the likelihood of returning for follow-up visits in the study. The only factors that correlated with poor follow-up were disease severity and glaucoma medication usage. In contrast, some previous studies of other cohort populations have found associations between factors such as race and ethnicity and inconsistent follow-up.4 And, of course, some patient populations might face fewer practical obstacles to returning for follow-up visits than was the case with our population. There may also be differences in appreciating the need to return for checkups amongst different patient populations, so our results don’t necessarily reflect the situation in every ophthalmology practice.

Nevertheless, the associations we found between medication usage, greater disease severity and poor follow-up compliance suggest that compliance with follow-up may be a complex and underappreciated parameter that influences the well-being of glaucoma patients. These data are a reminder: Using your medications properly is important, but it’s not a substitute for appropriate recommended follow-up to maximize your chances of a good outcome.

Given this new data, clinicians may want to put more emphasis on conveying to their patients the importance of adherence to recommended follow-up. Using medications as prescribed is still important, but without timely, regular examinations to check the patient’s status and adjust the medications as necessary—as well as offer non-medical therapeutic options when appropriate—patients may be at greater risk of vision loss.

As noted, our studies did not find an association between ethnicity or race and follow-up compliance, but other studies have. So along with emphasizing the importance of follow-up, clinicians may want to make an extra effort to address the needs of specific patient groups to increase the likelihood of them re-turning in a timely manner. If your glaucoma patient population includes patients whose first language is not English, for example, you may consider providing information and instructions in multiple languages.

Studies have also found that poor follow-up compliance is associated with unfamiliarity with the necessary treatment duration, lack of knowledge about the permanency of glaucoma-induced vision loss and the perception that it isn’t important to attend follow-up visits. Making sure your patients don’t fall into any of these categories could go a long way toward changing their behavior, in terms of coming back for follow-up visits. Electronic health records may be able to help in this regard. Currently, some systems have the ability to print out an information sheet for each patient at checkout; it should be possible to have such a sheet available in multiple languages.

In an ideal world, one way to deal with poor follow-up compliance would be to treat the glaucoma in a manner that doesn’t require frequent follow-up. Unfortunately, such an option doesn’t currently exist. Laser trabeculoplasty is helpful in some situations in which people have difficulty returning for follow-up, perhaps in developing countries; but in general the pressure reduction achieved is moderate and the magnitude and length of the effect is variable, making appropriate follow-up a necessity. Surgery is an option we sometimes resort to in order to address an individual’s poor compliance with using medication; but again, follow-up may be even more important in these situations. (Certainly when trabeculectomy is performed, follow-up is crucial.)

One possibility for getting patients to follow-up in a timely manner is to coordinate their care with the assistance of someone designated by the practice. This might also be another area in which electronic medical records could help. If a patient fails to return at the scheduled time, the system could contact the patient by phone or automated email, perhaps based on the patient’s preference, while also alerting staff if the patient fails to reschedule.

Unfortunately, among doctors treating glaucoma it’s not uncommon to have the occasional patient come in having lost a significant amount of vision in one eye—a patient that we may have seen years ago who then dropped off the radar. At the outset, of course, glaucoma may not be associated with any symptomatology; patients may lose much of their vision before realizing that something is really wrong. At the same time, we all have a lot going on in our lives, so it’s not hard to imagine how someone could postpone coming in for a checkup—especially if the patient doesn’t fully grasp the seriousness of the situation. Sadly, by the time patients have lost vision from glaucoma, the effects are generally irreversible.

Either way, as the caregivers, it’s our job to do everything possible to make sure our patients do understand the nature of the disease and the importance of returning for follow-up visits—especially in light of this new data. We have more available treatment options for glaucoma than ever before; keeping patients under appropriate surveillance, and thereby maximizing their likelihood of receiving the right treatment at the right time, may be the single most important factor in optimizing the odds of vision preservation.

That’s a message worth spreading.  REVIEW 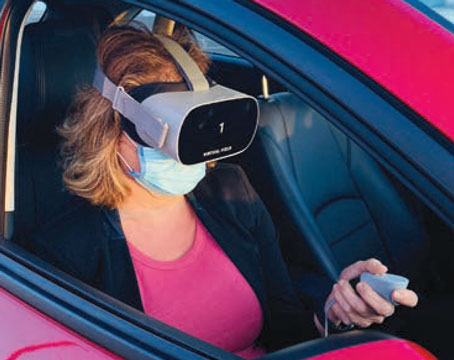