People who suffer from diabetes and hypertension may have an increased risk of developing open-angle glaucoma, according to a study by researchers at the University of Michigan Kellogg Eye Center.

The study focused on the possible associations between various components of metabolic syndrome—a collection of conditions that includes obesity, hypertension, diabetes and hyperlipidemia (high cholesterol and high triglyceride levels)—that affects one-fifth of the U.S. population.

The Kellogg researchers also examined how each component increased or decreased the risk of glaucoma. While the researchers found that diabetes and hypertension increased the risk of OAG, the study showed that hyperlipidemia actually reduced by 5 percent the risk for developing the disease. Further research is under way to evaluate whether it is the hyperlipidemia itself, the medications used to treat the condition, or both that reduces the risk of glaucoma. Findings from this research may eventually lead to novel treatments for glaucoma.

“Patients who have diabetes and hypertension are already known to be at elevated risk for eye conditions like diabetic retinopathy,” says Dr. Stein. “This study and others suggest that, for these patients, an increased likelihood of glaucoma is also a concern.”

In the United States, more than 2.2 million individuals have this disease. And, as the U.S. population ages, glaucoma diagnoses are expected to increase. The study, funded by the National Eye Institute, was published online in July in Ophthalmology.


More Frequent Testing May Detect Progression Earlier
In patients with glaucoma, frequent visual field testing may be associated with earlier detection of the condition’s progression, according to an online report published by Archives of Ophthalmology.

“Estimating rates of progression can help identify patients who are progressing at a faster pace and are therefore at serious risk of developing visual disability during their lifetime,” write the authors. “These patients can be subjected to more aggressive treatment or more frequent follow-up.” However, frequent visual testing may not be appropriate or useful for every patient. A suggestion of at least three examinations per year for achieving optimal sensitivity and specificity for detection of clinically significant rates of progression may not be supported by evidence based on real patient data.

Kouros Nouri-Mahdavi, MD, MSc, and colleagues from the Jules Stein Eye Institute, University of California, Los Angeles, examined data from the Advanced Glaucoma Intervention Study. They selected 468 eyes of 381 patients ages 35 to 80 years with primary open-angle glaucoma no longer controlled by maximally tolerated medical treatment. Participants had a baseline visual field AGIS score of 16 or less, at least three years of follow-up and at least 10 visual field examinations with a reliability score of two or less. Researchers included all visual field tests performed within the first year of follow-up as well as the last available visual field tests. In addition, they assembled a low-frequency data set by deleting, for one group, every other visual field test from the second year of follow-up onward; and a high-frequency data set for which none of the VF tests were deleted. The researchers compared the two data sets in terms of the proportion of progressing eyes and the time to progression.

“In summary, we found that a twice-yearly schedule of visual field testing resulted in earlier detection of glaucoma progression compared with a yearly schedule, especially with global trend analyses,” write the authors. “Validation of these findings in other patient populations would be desirable. Our results have significant health care policy implications with regard to determining the frequency of visual field testing in patients with glaucoma.”


Risk Assessment Model for AMD Developed
A new risk assessment model may help predict development of advanced age-related macular degeneration. “As progress in designing better preventive measures and earlier treatment options accelerates and new gene associations are identified that add to currently known risk factors, the desirability of having a reliable risk assessment model has become of considerable interest and potential value,” the authors say. The model should identify individuals with early AMD who are at greatest risk to progress to advanced AMD and should be able to predict when that progression might occur.

Michael L. Klein, MD, from the Casey Eye Institute, Oregon Health & Science University, Portland, and colleagues sought to design a risk assessment model for development of advanced AMD that included phenotypic, demographic, environmental and genetic risk factors. They used longitudinal data from the Age-Related Eye Disease Study, including participants’ DNA samples, ocular and medical histories and exams. The researchers identified two endpoints: development of advanced AMD in either eye by participants who did not have the condition at baseline, and advanced AMD in a second eye by participants who, at baseline, had it in one eye. Patients were followed for an average of 9.3 years.

The results “can be of potential value in clinical practice by helping determine the frequency of follow-up examinations, the use of home monitoring of central vision, and the advisability of initiating preventive measures including beneficial lifestyle changes such as dietary alterations and nutritional supplement use,” the authors say. “The short-term end points (e.g., two years) may be helpful in planning clinical trials. We believe our current model is of substantial value in assessing AMD risk, and we expect that future advances will further improve its accuracy.”


U. Iowa Research Finds New Genetic Cause of RP
Combining the expertise of several different labs, University of Iowa researchers have found a new genetic cause of retinitis pigmentosa and, in the process, discovered an entirely new version of the message that codes for the affected protein.

The study, which was published online Aug. 8 in the Proceedings of the National Academy of Sciences, suggests that the mutation may be a significant cause of RP in people of Jewish descent. The findings also lay the groundwork for developing prevention and treatment for this form of RP using a combination of genetic testing, gene therapy and cell replacement approaches. 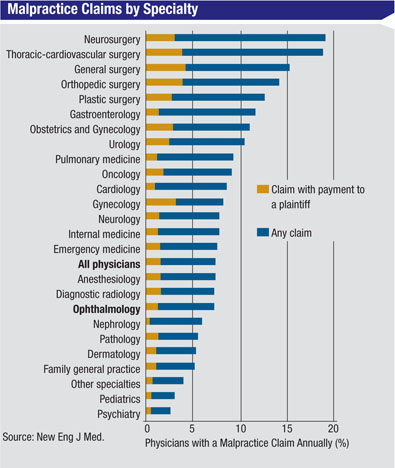 Using the latest DNA sequencing techniques to analyze the protein-coding regions of a single RP patient’s genome, the researchers found a mutation in a gene called MAK (male germ cell associated kinase). This gene had not previously been associated with eye disease in humans. However, examining tissue from donated eyes showed that MAK protein was located in the parts of the retina that are affected by the disease.

The researchers then generated induced pluripotent stem cells (iPSCs) from the patient’s own skin cells and coaxed these immature cells to develop into retinal tissue. Analyzing this tissue showed that the gene mutation caused the loss of the MAK protein in the retina.

“These new technologies have greatly enhanced our ability to find and validate disease-causing mutations, which is critical to our ability to progress to the next step of actually treating diseases like RP,” said Budd Tucker, PhD, UI assistant professor of ophthalmology and visual science, and lead study author. RP is thought to be caused by mutations in more than 100 different genes, only half of which have been identified.

Having found the MAK mutation in one patient, UI researchers led by Edwin Stone, MD, PhD, a Howard Hughes Medical Institute investigator and director of the UI Institute for Vision Research, screened the DNA of 1,798 patients with RP and identified 20 additional individuals with the same MAK mutation. This result suggests that the new MAK mutation accounts for about 1.2 percent of RP cases in the general population. Interestingly, all 21 of the RP patients with the MAK mutation were of Jewish descent, suggesting that the mutation may be a significant cause of RP in this population.

Work in the lab of Robert Mullins, PhD, UI associate professor of ophthalmology and visual sciences, showed that MAK protein was produced in the cells most affected by RP. These findings prompted Dr. Tucker and colleagues to make iPSCs from the original patient.

“Induced pluripotent stem cells allow us to generate affected tissue from patients with genetic disorders and analyze how specific genetic mutations cause disease,” Dr. Tucker said. “It’s particularly powerful when we are looking at inaccessible tissues such as the retina and brain which are not usually biopsied in living individuals.”

Although the MAK gene was previously thought to have 13 protein-coding segments known as exons, when the UI team cloned and sequenced the MAK gene, they discovered a new version of the gene found only in the retina, which has an extra protein-coding exon.

The team also found that the MAK mutation, which involves an insertion of a large piece of DNA into the MAK gene, disrupts the gene in such a way that retinal cells lose the ability to make the longer version of MAK protein.

“What we found was a new retina-specific exon; no other tissue that we tested had this version of the protein-coding transcript,” Dr. Tucker said. “This is important because the gene mutation identified prevents the production of the retina-specific MAK protein.

“Evidence from the iPSC work validated the role of this genetic mutation in retinal disease. Showing that retinal cells generated from the affected patient could not make the mature retinal MAK protein provided strong evidence of the pathophysiologic mechanism of this mutation in RP,” Dr. Tucker explained.

Based on the new work, the UI team hopes to explore gene therapy and cell replacement strategies as potential therapies for this form of RP.

Show more on: NEWS AND EVENTS

Study: Differences in Stability Between Tecnis and Acrysof