At some point the decision to embrace electronic health records in your practice will be a matter not of if, but of when. For a number of reasons (or more precisely, a reason of numbers, as in dollars), that decision point should be sooner rather than later, especially if a significant number of your patients are on Medicare or Medicaid. This article will explain the timeline and the rationale for why ophthalmologists need to start learning about concepts such as meaningful use.


The Carrot and the Stick
An American Academy of Ophthalmology survey in early 2006 found only 12 percent of ophthalmology practices had fully implemented EHRs.1 The Centers for Medicare & Medicaid Services is currently offering $44,000 in incentives per physician over the next five years to help offset the cost of purchasing an EHR system. However, to take full advantage of these incentives, you will need to get started soon. In 2015, the incentives will be gone, and physicians will begin being penalized by CMS if they are not meeting meaningful use requirements, starting with a 1-percent penalty that will increase to 3 percent by 2017 and potentially reach a maximum of 5 percent by 2019 if adoption rates are not high enough.

“This is not a mandatory thing from the government, so no one will go to jail,” says Peter J. Polack, MD, co-author of Navigating the EMR Jungle: Ten Steps to Ensure a Proper EMR Rollout, in practice in Ocala, Fla. “But they will incur up to a maximum 5 percent penalty. That may not sound like a lot, but by the time you combine a 0 percent increase in reimbursement with whatever the inflation rate is that year, and then you add a 5 percent cut on top of that, those things start to add up. It behooves practices to seriously look in the direction of EHR.”

The purpose behind this movement toward electronic health records is to improve the exchange and use of health-care information among different physicians and between physicians and patients, according to Michael Chiang, MD, a professor of ophthalmology and medical informatics at Oregon Health and Science University and chair of the AAO Medical Information Technology Committee. “It is that information transfer that is going to hopefully allow people to make better decisions about health care and therefore improve the quality of care,” he says. “It’s about better quality and not just about using the technology.” 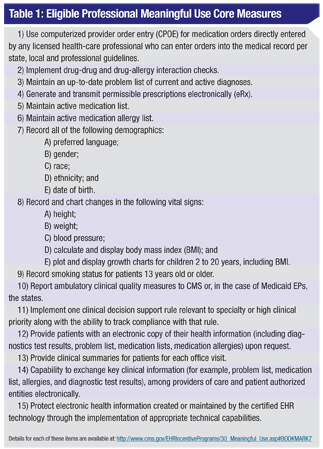 In addition to improving quality of care, EHRs are a way for the government and private insurance carriers to monitor the practice of medicine. “If the government wants to find out how we are taking care of patients and if we are in compliance, our office would have to be audited, and someone would have to look through our paper records,” Dr. Polack says. “Now, fast-forward to a time when all physicians are using EHRs. Instead of coming to your office and poring through a whole bunch of paper records, we are giving our information to them, and we now have proof that we are doing everything right.”


Understanding ‘Meaningful Use’
According to Dr. Chiang, the move toward EHRs began years ago. “George Bush, in his 2004 State of the Union Address, established a goal that all Americans would have access to electronic health records within the next 10 years. The Department of Health and Human Services put out a 10-year plan as to how to accomplish that, but there really wasn’t much money allocated to that sort of vision,” he explains.

In 2009, as part of the American Recovery and Reinvestment Act (also called the Stimulus Package), there was an act called the HITECH Act. The purpose of this act was to speed up adoption of health-care information technology, and $27 billion was allocated to that purpose. “This is essentially a national plan for driving the adoption of EHRs based on financial incentives,” Dr. Chiang adds.

Under the current plan, to meet meaningful use requirements, ophthalmologists “need to show that they are using certified EHR technology in ways that can be measured significantly in quality and in quantity,” according to the CMS.


Three Stages
Meaningful use criteria will be implemented in three stages during the next five years. According to the CMS, Stage 1, which should be implemented during 2011 and 2012, “sets the baseline for electronic data capture and information sharing.” Stages 2 and 3, which are expected to be implemented in 2013 and 2015, respectively, will continue to expand on this baseline.

However, even if ophthalmologists cannot implement Stage 1 during 2011 or 2012, they can still receive a portion of the incentives. They will just need to compress the timeline.

To meet the requirements for Stage 1 of meaningful use, ophthalmologists will need to meet 20 of 25 meaningful use objectives. A full list of the objectives can be found on the CMS website (cms.gov). Stage 2 and 3 criteria are still in development.

Specialists have expressed concern that the objectives seem more applicable to primary-care practices. For example, one of the objectives is to “record and chart changes in the following vital signs: height; weight; blood pressure; calculate and display body mass index (BMI); and plot and display growth charts for children 2 to 20 years, including BMI;” according to the CMS.

However, this should not be a concern. According to Dr. Chiang, in those cases, specialists are excluded from having to meet those criteria.
“For these criteria, you measure the denominator, which is the total number of your patients to whom a particular criterion applies, and the numerator, which is the total number of patients for whom you met the criterion,” he says. “In cases where that measure is out of the scope of practice for a specific physician, he would report a 0 denominator for that measure so he or she would be excluded from it. For example, it would be expected that many ophthalmologists would report a 0 denominator for vital signs.”

Dr. Polack notes that the details are still a work in progress. “There’s going to be a lot of back and forth about this because as soon as the meaningful use criteria were released, there was quite a bit of outcry about some measures” he says. “For example, if a measure was that 100 percent of your patients have to have a particular test, 100 percent is a pretty onerous threshold to achieve. They have made a lot of changes to the initial criteria, and there will probably continue to be changes, tweaks, and modifications to them.”


Getting Started with EHRs
It is important to note that incorporating EHRs into an ophthalmology practice is a big decision because the average cost of an EHR system is around $50,000, according to Flora Lum, MD, executive director of the H. Dunbar Hoskins, MD, Center for Quality Eye Care and the AAO’s policy director for quality of care. “Additionally, to qualify for reimbursement, you have to have a certified system. The system has to be on the Office of the National Coordinator’s list of certified systems,” Dr. Lum explains.

According to Dr. Chiang, the EHR companies go to one of the certification bodies and have their system tested. Then, if they pass the test to be certified for meaningful use, ophthalmologists can use one of those systems to qualify for the federal incentive payments. For a list of certified systems, visit the Office of the National Coordinator for Health Information Technology’s website, healthit.hhs.gov.

“With most certified EMR systems, there will be a little bit of work involved,” Dr. Polack says. “While the EMR software will help your practice be in compliance with meaningful use, the onus is still on the practice. There is really a lot out there that physicians are going to have to keep abreast of. I see a big industry in third-party consulting and practice-management advice. There is a lot to know and a lot to do, and a lot of practices don’t even know about this.”

He explains that it is very important to plan the implementation of EHRs properly. “A well-planned and implemented EMR project should really save you money because it is helping you to code properly so that you’re not downcoding,” he says. “The certified companies are ones that are not going to go out of business and that have a track record. They’ve got a proven platform, so if you go with them, you won’t be left holding the bag with no support and no company. You want to check references, and you want to talk to practices that have used these. You also want to do a site visit, so you can see how the system is used in true practice. Don’t buy an EMR system on special at a meeting.”

While it is time for all practices to make a decision regarding EHRs, that does not mean that all practices need to rush into EHR technology. Michael V. Boland, MD, an assistant professor and director of information technology at the Wilmer Eye Institute at the Johns Hopkins University School of Medicine, says, “Physicians need to make a decision, but that decision may be that it’s not worth it to them to do electronic health records. However, if you’re going to make the decision to implement EHRs, it should be now because this money is available. The practices for which it may not make sense are those that do not do a reasonable amount of Medicare business.”
Only Medicare payments will be penalized, so if you are a refractive surgeon or if you have a young patient base, then it may not make sense to incorporate EHRs right now.

“It’s a big decision,” Dr. Boland says. “Everyone who is thinking about electronic health records needs to do a fair amount of homework to figure out if this is going to be the right decision for their practice. I liken it to deciding whether you are going to build a new building for your practice. You wouldn’t just decide that on a whim. You would have to work with people who understood architecture and construction. An EHR project is similar in that it is a fundamental change in your practice. You have to be prepared, and you have to do a lot of planning.”

However, he notes that while meaningful use of EHRs only applies to Medicare right now, that could change in the future. “It seems likely that other insurance companies will start doing something similar with regard to EHRs. They may also start penalizing you for not documenting electronically. There is no guarantee of that, but it is certainly a possibility,” he adds. 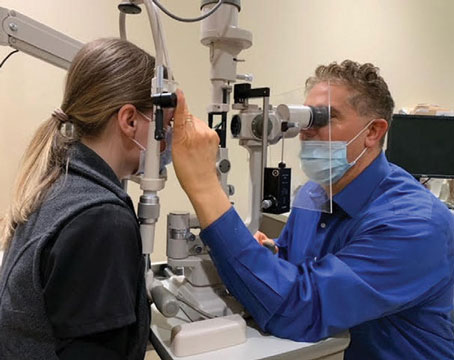 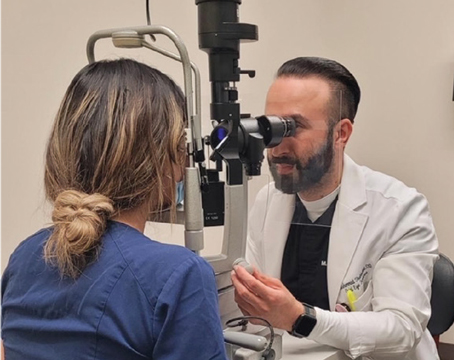 Used Equipment: First, Do Your Homework