An attempt to make sense of the arcane business of malpractice awards for vision loss has led a Pennsylvania surgeon to develop an unusual program that is free to refractive surgery patients but provides up to $1 million in coverage against adverse outcomes.
VisionLock, from the Patient Confidence Corp. of America, became available to Florida ophthalmologists in August 2009. It provides coverage of up to $1 million to patients in the event of an adverse outcome following premium implant surgery or laser vision correction. To be included in the VisionLock program, surgeons must meet 30 practice certification criteria and have a superior performance record. Currently, five practices in Florida offer VisionLock.


Avoiding Litigation
The program was developed by Steven Siepser, MD, of Wayne, Pa. “I conceived this idea after I lost a lawsuit with a patient who was not injured and whose career was suing doctors and others,” he says. “She was awarded $3 million and had no injury, so I became very interested in how the malpractice process worked.”

Dr. Siepser realized that there was a large discrepancy in patient awards for loss of sight: “Somebody in California might get $6 million for a lost eye, and somebody in Oklahoma might get $100,000. It’s the same injury. Why are there all these differences?”

He wanted to come up with a business model that would pay patients more than they would receive in a malpractice suit and would avoid litigation, so doctors wouldn’t lose time in the office. “I came up with the idea of using a warranty system,” he says. “I wanted a business model that would pay the plaintiff more than he or she would get in the tort system. I figured that I could probably give patients double or triple what they would get on the average and still have money left over for my investors to run a company.”


How It Works
VisionLock is free to patients, and the ophthalmologists pay the premiums ($99 per eye for $1 million of coverage for LASIK and $199 per eye for $500,000 of coverage for premium IOLs) for all patients who undergo premium intraocular lens implantation or LASIK who meet certain criteria. For example, LASIK patients up to -8 D are covered.

The process includes a complimentary second opinion, complimentary remedial surgery for complications or problems, and an ocular accident benefit of up to $5,000 in uncovered services if a patient is injured in any way. These benefits are in addition to the $1 million in coverage in the event of a catastrophic outcome.

“You can’t take away anyone’s right to sue,” Dr. Siepser explains. “Our program is unique in that we give the highest award level, and if the patient accepts that award, he or she signs off and waives the right to sue.”

For example, if a patient undergoes cataract surgery with premium IOL implantation and develops endophthalmitis, he would then see a mandatory second-opinion doctor. If the patient ends up losing his eye, he is offered a check for $500,000. “We think the average award is $250,000 to $300,000, although it’s hard to know the average in this country,” Dr. Siepser says. “The patient has 30 days in which to consider his options. If the patient decides to take the money, he signs a waiver that holds in all 50 states that brings the matter to a close.”

Dr. Siepser feels this is better for both parties: The patient receives more than he would through litigation and the doctor and the patient don’t have to spend time going through the litigation process. In the 18 months the program has been in place, there has not been an outcome warranting a claim.

“Doctors are so good that they can warrant the outcome of what they do, and we haven’t capitalized on that. For highly skilled doctors, the rate of serious complications is one in tens of thousands,” Dr. Siepser adds.


Certification
Beyond avoiding malpractice litigation, VisionLock can be used as a marketing tool. Because VisionLock doctors have to meet 30 certifying criteria, patients can be assured that they are going to an experienced surgeon. “Additionally, surgical counselors tell patients that cataract surgery with the premium implant is insured, while cataract surgery with the government-issued implant is not,” Dr. Siepser says.

Frank W. Bowden III, MD, of Jacksonville, has participated in the program for the past year and says it’s been a great success. “The most compelling aspect of the program has been the validation to my staff and patients of my commitment to clinical excellence,” he says. “We have enjoyed a 25-percent conversion to premium IOLs during this period. I feel that the VisionLock participation has in some measure contributed to successful conversions as patients feel confidence to proceed, as this third-party entity has acknowledged our expertise and ability to manage outcomes effectively. VisionLock participation demonstrates that our practice is committed to patient satisfaction and effective surgical outcomes.”

Brock Magruder Jr., MD, is an Orlando-based surgeon whose practice offers VisionLock. “I was initially attracted to the program as an alternative to the burdensome and frequently unfair legal malpractice process,” he says. “Now, if a patient has an unfortunate outcome, he will be fairly compensated on a no-fault basis. VisionLock shifts the typical adversarial doctor-injured patient relationship to one in which the doctor can actually be an advocate for the patient to receive compensation.”

“The certification is the most thorough I have gone through,” says Dr. Magruder. “We truthfully tell prospective patients that our practice is one of the select few offering this insurance, precisely because the insurance company thinks we won’t get a bad outcome. VisionLock certification is a tangible reflection of our commitment to quality care and, as such, has significant marketing value. The coverage is an added incentive for a patient to choose us for LASIK or IOL surgery and to opt for a premium lens.”

Dr. Siepser says that, until about three years ago, VisionLock was the only company of its kind. Recently, similar companies have come to the marketplace. However, with these other companies, which include BLIS, Surgical Risk Solutions, and CosmetAssure, the patient pays the premium rather than the physician.

“What I’m after here is, in some small way, changing the way the tort system works and helping doctors make sure their patients are financially rewarded in a way that is commensurate with their injuries, so they can get back to practicing medicine,” Dr. Siepser notes.
The company expects to expand coverage to select states over the next 18 months.
Show more on: PRACTICE MANAGEMENT

Tea tree oil is currently the best treatment, although new treatments are being investigated. Read More

The New Rules on Industry/MD Payments

Is There a Place for PAs in Ophthalmology?

Eyewear Online: A Cause for Concern?

Where Will Your Next Tech Come From? 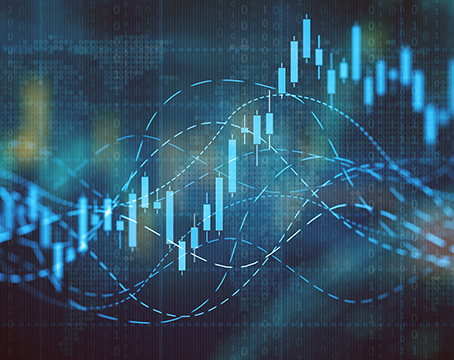 How to Manage Your Online Reputation