Today, the vast majority of ocular medications are delivered as eye drops. Unfortunately, patient use of eye drops is highly imprecise, leading to serious problems with compliance and uncertainty about how much drug is actually reaching the eye.

Now, a new product may offer a way around those concerns. The “Whisper device” is a handheld piezoelectric collimated spray delivery device that uses technology similar to that found in an inkjet printer to get precise quantities of topical medications onto the eye quickly and accurately.

Tsontcho Ianchulev, MD, MPH, clinical associate professor of ophthalmology at the University of California San Francisco, says the company that designed the technology approached him and Mark Packer, MD, FACS, clinical associate professor of ophthalmology at Oregon Health & Science University in Portland, asking for help designing a device that could put this technology to use as a means to deliver ocular medications. “We’ve been working with them for two or three years to develop this for ophthalmic application,” he says.

Dr. Ianchulev says this is completely different from earlier attempts to spray medications onto the eye. “If you just spray a liquid drug toward the eye, the eye will blink, preventing most of the drug from reaching the surface of the eye,” he explains. “Second,  when you spray aerosols much of the spray evaporates before it reaches the eye. Finally, many spray devices create a turbulent flow that results in a cloud of tiny droplets, so you don’t know how much actually reaches the eye.

“This technology solves all of those problems,” he says. “It delivers the entire dose of medication in about one-third of the time it takes to blink. So before you can blink, it’s already on your eye. It also delivers the drug in a collimated flow—a parallel stream of uniformly sized droplets traveling at the same velocity without much turbulence, as opposed to the cloud of droplets produced by a spray. So, most or all of the medication lands on the eye in the target area.”

Dr. Ianchulev says the result is that you can get the same effect from a much smaller quantity of medication, which they were able to demonstrate in a simple study. “We wanted to compare this device to eye drops,” he says. “To make the comparison straightforward, we used dilating drops, which cause an easily measureable pharmacodynamic effect. We also tried using far smaller quantities of the drug to see whether the effect would be the same.”

For the study, more than 200 eyes of more than 100 patients were randomized. “One eye received the medication via eye drops, which put about 30 µl onto the eye,” he explains. “The other eye received either 1.5 µl, 2 x 3 µl, or 6 µl of the drug delivered with the Whisper device. With digital pupillometry we found that the pupils dilated equally rapidly, and dilated the same amount. There were no significant differences between the eye dropper and the Whisper device—even when the amount of drug delivered was a tiny fraction of the amount being delivered by the eye dropper. Essentially, 6 µl of drug delivered by the Whisper created the same dilation effect as about 30 µl delivered via an eye drop.”

The device consists of a base that contains replaceable batteries and a top section that contains a given medication. “When you get a new medication, you replace the top cartridge,” explains Dr. Ianchulev. “Once you’ve used it for a year or so, you simply replace the batteries in the base.” To ensure accurate targeting, the new device has a small LED targeting circle that allows the patient to center the device right in front of the cornea. (See above.)

The designers say that using the device is comfortable for the patient. “The one thing we did not include in our presentation of the data was that we gave the patients a questionnaire asking which approach they liked better, in terms of user-friendliness,” notes Dr. Ianchulev. “Ninety-two percent of the subjects favored the Whisper device.”

Dr. Packer confirms this. “When I first used a prototype device a couple of years ago, I was astonished,” he says. “The micro droplets are ejected with the touch of a button. I barely felt anything contact my eye; there was no stinging, burning or tearing.”

Regarding preservative exposure, the device offers three advantages, according to Dr. Ianchulev. “First, if you can put 3 to 6 µl of drug on the eye instead of 30, you’re cutting the amount of preservative exposure by a factor of five or 10,” he says. “Second, the device has multiple seals that maintain sterility, meaning there’s less need for a preservative. Third, the patient is very unlikely to touch his eye with the device.”

Dr. Ianchulev notes that the company has successfully used the device with more than 90 different ophthalmic medications to date. “That covers most of the medications out there,” he says. Even the more difficult ones such as Restasis, which is a very viscous, non-Newtonian fluid, worked. That means the technology is widely useable, and also indicates that companies can deliver the formulations that are currently approved; they’ll just be packaging them differently. We believe this will be critical to adoption by pharmaceutical companies.”

Clearly, this technology will be somewhat more costly than a simple eye dropper bottle, but Dr. Ianchulev notes that this will be offset by the need for smaller quantities of the drug. “There will be minimal additional expense to the pharmacy or consumer beyond the current price of the topical medications themselves,” he says. “When you have a drug that costs $50 or $60 a month, and this allows you to get a lot more out of it at a lower dose, it’s commercially quite compelling.”

The device can also digitally track usage. “These devices are being designed with a little chip that can communicate directly with your computer or iPhone,” says Dr. Ianchulev. “The chip monitors how many times you use the spray per day.”

“The device can even remind you when your dose is due,” adds Dr. Packer. “In addition, the Whisper device can be designed to provide a summary of your compliance to you and your doctor over the Internet.”

Currently, they’re working to establish the safety and effectiveness of the device for delivering multidose preservative-free agents. “The initial work that’s been done holds promise,” says Dr. Packer, “but there is much left to do in this arena.”

Dr. Ianchulev believes the device will most likely be commercially available first outside the United States. “I think it will start out delivering dry-eye products such as artificial tears,” he says, “and maybe some clinic-based applications such as steroids. Eventually it could be used to deliver glaucoma drops. Hopefully approval in the U.S. will happen fairly quickly because there’s very little safety risk and a lot of benefit.”
“The benefits of this device should be enormous,” says Dr. Packer. “Those patients with the dual diagnoses of glaucoma and ocular surface disease, in particular, will enjoy better compliance with fewer side effects.”  REVIEW

Drs. Ianchulev and Packer are directors of Corinthian Ophthalmic Inc., manufacturer of the Whisper device, and own equity in the company.
Show more on: NEW TECHNOLOGY 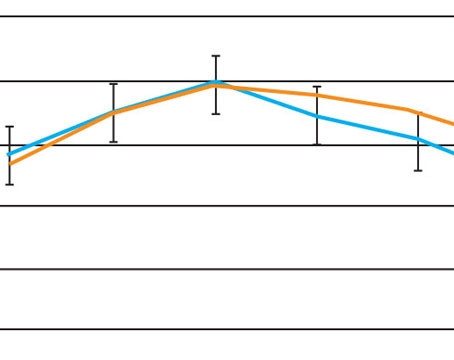 Femto Cataract: Do We Really Need This?

Squeezing the Most Out of the ORange