There was a time when almost half of the dry-eye patients who presented to ophthalmic practices were treated with artificial tears. The other half continued to return for follow-up visits as their symptoms persisted. After considering the reason for this cycle, it is clear that the potential implications of dry eye need to be examined further, not only as a body of symptoms but also as a possible warning sign for systemic disease. Identifying systemic disease in patients who present with dry-eye symptoms not only allows you to approach the patient differently, but also acts as a form of managing expectations of treatment. Dry-eye patients who are diagnosed with a systemic disease are aware that their symptoms may not improve; however, they are also aware that targeted treatment based on an understanding of their true etiology can prevent their symptoms from progressing.

Sjögren’s syndrome affects an estimated 4 million people in the United States, of which 3 million are undiagnosed, yet it is one of the three most common autoimmune diseases. Most importantly, aqueous-deficient dry eye is associated with decreased lacrimal secretion and is a common early symptom of Sjögren’s syndrome and a hallmark of the condition.1-3 Sjögren’s syndrome can progress to the entire body in the form of systemic manifestations, such as kidney dysfunction, lung disease and increased risk of lymphoma. Lymphoma is a serious complication of Sjögren’s disease that increases in risk as the disease progresses.According to the National Institutes of Health, one in 10 Sjögren’s patients will develop lymphoma, and approximately 20 percent of deaths in primary Sjögren’s patients are attributed to lymphoma.4,5 In a recent study, Sjögren’s patients’ risk of developing lymphoma was estimated to be 44 times higher than the general population’s.6

Sjögren’s is thought to be caused by a combination of genetic, environmental and hormonal factors. The initiating factor may come from one or more events and is also likely to have a basis in genetic predisposition. Early and accurate diagnosis of Sjögren’s syndrome is an important factor in limiting complications of the disease, yet there is currently an average delay of 4.7 years for patients to receive an accurate diagnosis.1 Achieving an accurate diagnosis has historically proved challenging, requiring a number of diagnostic tests including serology. Traditional serological biomarkers associated with Sjögren’s syndrome—Sjögren-specific antibody A (SS-A), Sjögren-specific antibody B (SS-B), rheumatoid factor (RF), and antinuclear antibody (ANA)—have some limitations, including a low clinical sensitivity (SS-A, SS-B), low specificity (ANA, RF), lack of detectability and manifestation late in disease progression; the result of systemic-based, rather than organ-specific, markers.7

In an in-office study, we tested 90 patients who presented with dry-eye signs and symptoms using the new diagnostic panel to determine which patients were likely to have Sjögren’s, early Sjögren’s, secondary Sjögren’s or unlikely to have Sjögren’s at all. Seventy-eight were female and 12 were male. Even given our understanding of the disease’s prevalence, the serology results were surprising: only 50 were negative for any markers of autoimmunity.

A Sjögren’s-syndrome diagnosis carries with it a significant effect on patients’ expectations and a physician’s strategy for follow-up care. With early detection and co-management with other medical specialists, (i.e., rheumatologists, dentists and general practitioners, etc.), identification and treatment of the manifestations of Sjögren’s syndrome may lessen complications affecting the liver, lungs and thyroid. Potential Sjögren’s therapies on the horizon could include biologics that block B cells, T cells and lymphotoxin. These patients should also be monitored more closely, in general.

In regards to ocular signs and symptoms, the specific treatment regimen for the Sjögren’s-syndrome patient will depend on the severity and stage of the disease. Early treatment to try to normalize the tear film and break the cycle of inflammation may protect the ocular surface from subsequent complications (scleritis, keratitis and uveitis) and improve patients’ quality of life. In my practice, initial treatment consists of using artificial tears every two hours followed by cyclosporine ophthalmic emulsion 0.05% (Restasis) and loteprednol etabonate, with follow-up visits scheduled every six months. However, if the patient tests positive for Sjögren’s, then follow-up is every three months.

Some patients present with dry-eye complaints at their initial visits and are tested for Sjögren’s syndrome. Others don’t take the test until after multiple visits and repeated complaints of symptoms that don’t improve. Once patients are aware of their diagnosis, their expectations change and their complaints diminish. They understand they are taking medications, not to improve, but to prevent progression of the disease.

The overlap between Sjögren’s syndrome and dry eye means that eye-care professionals are in a unique and critical position to identify Sjögren’s years ahead of the current standard. Not only can we make a difference in the lives of our patients by the early identification of a serious autoimmune disease, but knowing if there is an underlying cause of dry eye can also help us to better manage their ocular symptoms more effectively. Our findings support the need for increased diligence for eye-care professionals managing dry-eye patients and the recommendation that the potential presence of Sjögren’s syndrome should be considered in all dry-eye patients, regardless of disease stage.  REVIEW


Dr. Dauhajre is an ophthalmologist at Mount Sinai Hospital of Queens in New York. Mr. Teofilo Atallah is a pre-med student at New York University School of Medicine. The authors report no financial interest in any product discussed, and they received no financial support for their in-house study.

In the Dry-Eye Pipeline: Slow Progress

What to Expect from Your Dry-Eye Device 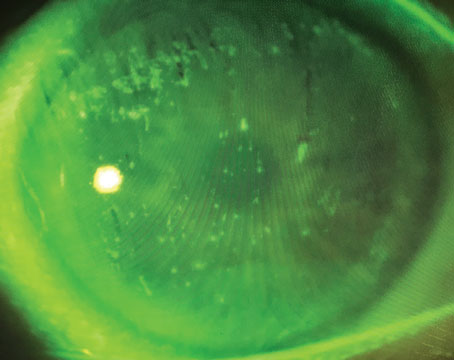 Should You Open a Dry-eye Clinic? 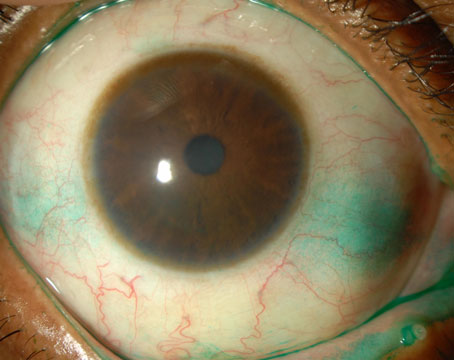