In recent years, selective laser trabeculoplasty has become widely accepted as a means to achieve moderate intraocular pressure reduction in select patients. Here in Canada, this isn’t a new idea; SLT has been a popular option since I was a medical student. It’s a great way to delay the need for surgery or additional medications, and—unlike drops and surgery—it allows for a significant reduction in IOP without impacting the patient’s quality of life.

As you know, the laser used in SLT has a selective effect on the melanotic, pigmented elements of the trabecular meshwork. Randomized, controlled head-to-head trials comparing argon laser trabeculoplasty to SLT have demonstrated that the efficacy of SLT is at least equivalent to that of ALT, yet it causes less coagulative damage and structural change in the trabecular meshwork.

My protocol for performing SLT is as follows: Preoperatively, I use pilocarpine 1% to 2% with Iopidine. Before starting the laser I use the Latina SLT gonio lens to visualize the angle. The size and duration of the laser spots are standardized at 400 µm and 3 nanoseconds. This spot size is larger than the trabecular meshwork height, so when centered on the trabecular meshwork the laser light overlaps both anterior and posterior to the meshwork. In terms of power I start at 0.7 mJ and titrate upwards, looking for the appearance of small bubbles. My goal is to place 75 to 90 shots over 360 degrees of the trabecular meshwork, which requires adjacent burns. (Some clinicians may choose to apply a small number.)

Here are 10 strategies that will help ensure your SLT treatments are safe and effective:

• Choose the right patients. Patients who are good candidates for SLT include patients with ocular hypertension, primary open-angle glaucoma or pseudoexfoliation glaucoma. Patients I recommend avoiding include those with very uncontrolled IOP; patients with very low target IOPs; and those who have had prior filtering surgery.

What I recommend when managing these patients is to do a test dose: 10 shots at an energy level of 0.3 mJ—much lower than the standard setting I would normally use. Then, do a one-hour and one-week IOP check. If you don’t detect an IOP spike, proceed to doing one quarter of the angle at a time. Some physicians may feel that this is too much trouble and prefer to skip SLT in these patients, and that’s OK. The point is that SLT can be risky in this group of patients because of the possibility of intractable IOP spikes, so it’s a good idea to be cautious. For that reason, I suggest only using SLT in pigment dispersion cases if you and the patient are willing and able to do it gradually, following a protocol like the one described above.

Bear in mind that although my recommendation sounds like five treatments—a test dose and then one-quarter of the angle at a time—these patients may not need to have all four quadrants treated. SLT can work so well in pigment dispersion that many of these patients will respond to one or two quadrants of the laser. However, if you are aiming to treat all four quadrants, I’d still do them one at a time.

• When the angle is narrow, make sure your view is clear. The better your view, the better your chances of getting a good laser effect. Typically, the cases that will be challenging are the eyes with narrow angles.

One well-known trick to get a better view in this situation is to have the patient look in the direction of the mirror; or, move the mirror in the direction of the targeted angle. I prefer moving the mirror, because given that this is a 360-degree treatment, every time you have the patient move, you have to readjust his gaze for every quadrant. In contrast, if you’re manipulating the lens yourself you can control the movement, rather than relying on patient cooperation.

• Move a prominent brow posteriorly. A prominent brow can lead to difficulty viewing the inferior angle through the superior mirror because any superior movement of your lens is blocked by the brow. In this situation, moving the brow of the patient posteriorly allows better access to the surface of the eye. Patients at the slit lamp have their chin and forehead abutted against the plastic guides; when the brow is prominent, keep the chin in place but tilt the head backwards by pushing the forehead away from the bar. That lifts the eyebrow, and the eye has to turn downwards, allowing the gonio mirror to move upwards a little more easily. It improves your access to the surface of the globe.

• During the procedure, move the lens, not the laser. When using the laser I have one hand on the lens and one hand on the dial of the laser. To treat the entire trabecular meshwork, you can either move the laser with your hand on the dial, or you can keep the laser in the same place and just rotate the lens to change the direction of the beam. Rotating the mirror in the opposite direction to that of the laser light minimizes the total movement required for the procedure. Make sure you thoroughly understand how movement of the lens and the laser affects the position of the spots in the anterior chamber angle; you will have to move both at some point during the procedure.

• Adjust the laser energy as the TM pigmentation changes. It’s important to remember that pigmentation typically changes throughout the angle; the inferior angle has more pigmentation and so needs less laser energy to effect a change. Conversely, the superior angle is less pigmented, and so may need more laser energy. I usually adjust my energy setting two to three times during my 360-degree treatment.

• Check postop IOP more often in certain patients. For most patients I do postop IOP checks at one hour and again at one to two months. If a patient has an IOP spike at the one-hour IOP check, I add an extra IOP checkup visit at one week postop. I also add this extra one-week checkup for patients with a history of uveitis, because SLT can lead to a reactivation of the uveitis; patients with advanced glaucoma; patients with pigment dispersion glaucoma; and patients who have highly pigmented trabecular meshworks, such as those with pseudoexfoliation glaucoma.

• Don’t sweat the steroids. There’s a theory that the inflammation associated with SLT is useful for helping to generate the hypotensive effect it produces. As a result, some doctors are adamant about not giving steroids because they want that inflammation to facilitate the biomodulation required for SLT to work. However, this theory has not been substantiated, and some studies suggest that steroids make little difference. One randomized controlled trial looked at patients after ALT, randomizing the subjects into two groups, only one of which received steroids. The study found no difference in IOP effect.2,3 In addition, two other similar, not-yet-published, randomized controlled trials conducted by Drs. Ike Ahmed and Malik Kahook also found no effect on IOP reduction following SLT, given the use or non-use of steroids.4 Notably, however, in Dr. Kahook’s study there was a reduced incidence of pain in the patients that received steroids. (Of course, pain during or after SLT is relatively rare.)

Because of these findings, my routine is to avoid giving postop steroids unless the patient experienced pain with a previous SLT treatment. These findings suggest that it doesn’t make a difference whether you give steroids or not; either way it appears you’re not helping or harming the patient. Of course, Dr. Kahook’s study suggests that there’s less pain when the patient has steroid drops, so if a patient comes back with pain, or says the first eye really hurt, then I will give steroids. Otherwise, I don’t think it’s worth prescribing steroids routinely because of the practical burden for the patient.

Given the current popularity of MIGS in combination with cataract surgery, it’s worth mentioning how these options might overlap in a given patient.

Because SLT allows for a significant reduction in IOP without impacting the patient’s quality of life, my preferred timing for SLT is between prescribing a patient’s first and second medication. If the patient is using one bottle and needs a second bottle for further pressure reduction, I would aim to do SLT before adding the second bottle, in hopes it might prevent the patient from having to use two medications, with the associated concerns related to side effects and compliance. (Of course, many clinicians still choose to wait until a patient is using several medications before recommending SLT.)

Like MIGS, SLT can’t address the specific medical needs of every glaucoma patient you may encounter, but in many situations it’s a useful option. I hope the suggestions offered here will help you and your patients gain the maximum benefit the procedure has to offer.   REVIEW


Dr. Saheb is assistant professor of ophthalmology and director of resident research at McGill University in Montreal.

SLT on the Front Lines of Treatment

Taking Glaucoma Codes To the Next Level

Trabeculectomy: It’s All in the Details 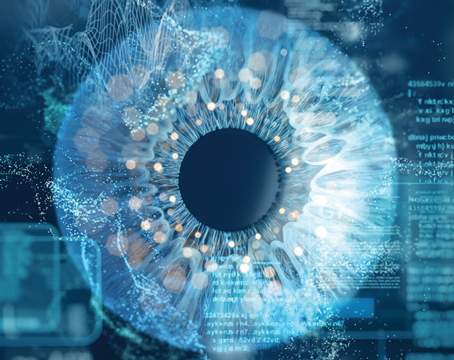 What Lies Ahead for AI in Glaucoma?