Q What is the National Correct Coding Initiative?


Q What are NCCI “edits” and how do they affect reimbursement?


Q How should we interpret the NCCI table, Column 1 and Column 2, on the CMS website?

A Column 2 codes are considered to be incidental components of the procedure described under Column 1, or are mutually exclusive with the code listed in Column 1. Medicare only reimburses the procedure code in Column 1. The service(s) in Column 2 are fragments and not separately reimbursed. An example of an edit would be as follows:

Anterior vitrectomy is bundled with cataract removal with an intraocular lens. Only the Current Procedural Terminology code 66984 is eligible for reimbursement if both codes are submitted on the same date of service.


Q What happened to the Mutually Exclusive edits file previously posted as part of the NCCI edit file?

A CMS changed the format of the NCCI edits beginning with the April 2012 version. The Mutually Exclusive edits were combined in the Column 1/Column 2 edits, frequently called “bundles.” CMS explained that this did not eliminate the mutually exclusive concept or delete the mutually exclusive codes; the files were simply combined to create one file. The new file contains the Column 1 and Column 2 edits, reflecting those codes that cannot be submitted together.


Q Is there a way to override the edit and permit payment of both procedures?

A Yes. You may use modifier -59 when a procedure or service includes two or more CPT codes that are bundled together in the NCCI edits, yet circumstances support separate charges. Keep in mind that this is not common. Modifier -59 may not be used to override the NCCI edits just because each procedure has a distinct indication and is preplanned: “Use of modifier -59 ... does not require a different diagnosis for each HCPCS/CPT code procedure/surgery. Additionally, different diagnoses are not adequate criteria for use of modifier -59. The codes remain bundled unless the procedures/surgeries are performed at different anatomic sites or separate patient encounters.”


Q When is it appropriate to break an NCCI edit with modifier -59?

A The CPT manual defines modifier -59 as a “Distinct Procedural Service” and explains: “Modifier -59 is used to identify procedures or services, other than E/M services, that are not normally reported together but are appropriate under the circumstances. Documentation must support a different session, different procedure or surgery, different site or organ system, separate incision or excision, separate lesion, or separate injury (or area of injury in extensive injuries) not ordinarily encountered or performed on the same day by the same individual.”


Q Are there any other edits that affect Medicare reimbursement?

A Yes. On April 1, 2013, Medicare Administrative Contractors implemented new billing edits that cause denials of some claims that were previously paid. These new edits are under the auspices of the contractor for the NCCI, Correct Coding Solutions, LLC. Known as Medically Unlikely Edits, they are automated prepayment edits designed to prevent inappropriate reimbursement: “An MUE is a maximum number of Units of Service (UOS) allowable under most circumstances for a single Healthcare Common Procedure Coding System/Current Procedural Terminology (HCPCS/CPT) code billed by a provider on a date of service for a single beneficiary.”

A No. However, while MUEs were inaugurated in 2007, CMS only implemented the date of service MUE on April 1, 2013. “The total units of service (UOS) from all claim lines for a HCPCS/CPT code with the same date of service will be summed and compared to the MUE value.”  The DOS MUEs look at the entire claim, while ordinary MUEs look at individual lines on a claim one at a time.


Q Is the MUE table on the CMS website and how should we interpret it in the context of DOS MUEs?

The MUE value of “1” indicates that the payer expects this service on one claim line on any given date of service. Therefore, if the patient has lashes epilated from the two upper eyelids, the claim will only be paid if filed on one line as 67820-50 with units “1.”  If filed on two lines with RT and LT modifiers, the remittance advisory for this claim will process and pay line one and deny line two because it exceeds the Medically Unlikely Edit for 67820, which is set at “1” unit of service. An appeal of this claim would eventually get it paid, once the biller learns how to use modifier -50 (bilateral procedure) instead of two lines or “2” units.


Q How often are these edits updated and/or revised?

A Both the NCCI edits and MUEs are updated and/or revised on a quarterly basis. Billers should check the CMS website quarterly to stay on top of any revisions that may affect their claims.  REVIEW

Ms. McCune is vice pres­ident of the Cor­coran Con­sult­ing Group. Con­tact her at DMcCune@corcoranccg.com.
Show more on: MEDICARE

Regulatory issues and reimbursement rates are only some of the things to know about in the new year. Read More
Medicare

A one-year delay in ICD-10 implementation brings up many questions for doctors and health-care organizations. Read More
Medicare

An overview of the new ophthalmic CPT code changes, as well as changes to facility reimbursements and doctor bonuses. Read More
Medicare 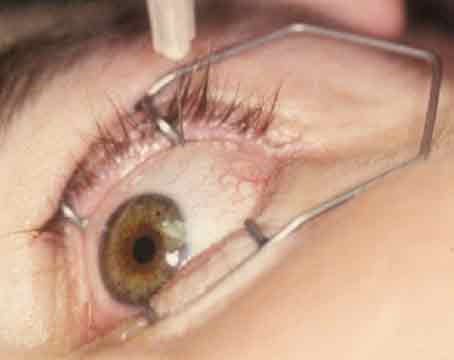 Deep Cuts and Side Hustles