Researchers from the Bascom Palmer Eye Institute and Duke University say that the use of nylon wicks with fenestrations in nonvalved aqueous shunt surgery can help reduce intraocular pressure and glaucoma medication usage in the immediate postoperative period compared with the use of fenestrations alone.

The investigators collected data on visual acuity, IOP, number of glaucoma medications, and complications from the preoperative visit just before surgery, postoperative day one, week three, week five, and month two. This data was used as the primary outcome of the study.

The researchers say that, as the surgeon waits for the ligature suture to dissolve after nonvalved aqueous shunt device implantation, the use of two nylon wicks with fenestrations can significantly lower intraocular pressure and medication burden.

Low-concentration Atropine for Myopia Progression
Researchers from the Chinese University of Hong Kong and Hong Kong’s Tung Wah Eastern Hospital evaluated the effect of age at treatment and other factors on the treatment response to atropine in the Low-concentration Atropine for Myopia Progression (LAMP) study, as part of a secondary analysis from a randomized trial.

Participants included 350 children, ages 4 to 12 years old (randomization was stratified by age and gender) originally assigned to receive 0.05%, 0.025%, 0.01% atropine or placebo once daily in both eyes, who completed two years of the LAMP study. In year two, the placebo group was switched to 0.05% atropine.

The change in spherical equivalent and axial length over two years were evaluated by generalized estimating equations in each treatment group.

The researchers report that all of the atropine concentrations were well-tolerated at all of the patient age groups.

The investigators found that younger age was associated with poor treatment outcomes with low-concentration atropine 0.05%, 0.025% and 0.01%. They added that, among atropine concentrations studied, younger children required the highest concentration, 0.05%, to achieve a reduction in myopic progression similar to older children on lower concentrations. τ

Surgery: Trending Towards the Tube 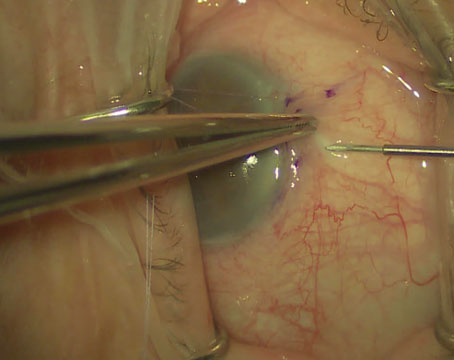 Should Your Patient Still Be Driving?