As advisors who consult with physicians nationwide about asset protection planning, we've been asked frequently in recent months what effect, if any, the new bankruptcy act has on physician's asset pro­tect­ion plans. In short, the answer is "a significant one." In this article, we will explain exactly what this effect has been and why it is so important for all physicians to re-examine their planning because of it.

The Bankruptcy Ab­use Prevention and Con­sumer Protection Act of 2005 was signed into law on April 20th, 2005. As with all new legislation, the full effect of the changes will not be known un­til the courts have begun to apply them to actual cases. We already know, however, that the asset protection planning most physicians have in place has been im­pacted—in many cases, significantly.

Much of asset protection planning comes from the bankruptcy laws, as bankruptcy is the forum where lawsuit debts can be eliminated (in Chap­ter 7). Thus, it is the ultimate test of which assets are shielded if push comes to shove in litigation. Moreover, the threat of filing for bankruptcy is often crucial in negotiating settlements out of court. Therefore, even if you never plan or even consider bankruptcy as an option in an asset protection plan, you must understand how the new act affects your planning—as many previously protected assets may now be vulnerable in your plan.

The following are the key asset protection areas impacted by the act: 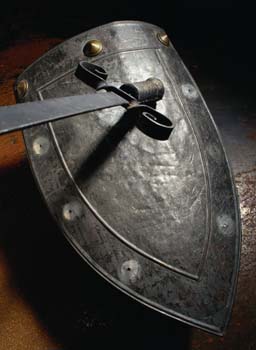 1. Domicile. Where you can file for bankruptcy.

Under pre-act law, domicile was determined for state ex­emp­tion purposes (i.e., which state's ex­empt assets you can use) by your domicile during the 180 days immediately preceding filing of the bankruptcy petition. The act has now expanded this period to 730 days (two years). The most ob­vious effect of these new provisions will be to prevent a client from moving on the eve of bankruptcy in the hopes of taking advantage of more fa­vor­able state exemptions. In this way, there will be no more quick moves to states with generous protections (i.e., Florida) just before filing bankruptcy … it won't work anymore.

2. IRAs and pensions. Between the act and an April U.S. Supreme Court decision, we have mostly positive results for these asset classes. First, the court unanimously decided that IRAs had the same federal protections that ERISA-qualified pensions had previously enjoyed: total protection in bankruptcy. Thus, the answer to a common question I often hear from clients—Is my IRA protected?—was given a definite answer for a few weeks in April. The answer is yes, to an unlimited extent.

This unlimited protection was slightly modified once the act was signed into law less than a month later. Under the act, the following rules apply:

• There is unlimited protection for qualified retirement plans (pensions, 401Ks, and profit-sharing plans), 457 plans, and 403B annuities.

• IRAs and Roth IRAs are shielded up to $1 million in the aggregate—however, there is unlimited protection for qualified rollover IRAs, SEP IRAs, and SIMPLE IRAs.

The bottom line: With the proper planning (i.e., segregation of IRAs), nearly every client can enjoy almost unlimited protection of qualified plans and IRAs after the passage of the act.

3. Homestead. The act severely cut down homestead protections. This will force many clients in states with significant homestead protections to have to reconsider how to shield their homes. States where clients lost the most: Florida, Texas, Kansas, Iowa and Massachusetts. In these states, the "Enhanced Debt Shield" (EDS) will likely emerge as the best way to shield the home—as it already is for most of the remaining 45 states. Most importantly, the act provides the following rules on homestead protection:

• A client may only protect an interest in a residential homestead to the extent allowed under his state's exemptions. Thus, the best a client could do in shielding the home after the act, is what the state protection was before the act (i.e., $10,000 for New York, $0 for New Jersey, unlimited for Florida).

• If the state protection is more than $125,000, then only $125,000 will be protected if the client owned the home as his primary residence for less than 1,215 days (three years and four months) prior to the filing of the bankruptcy petition.

• On the other hand, if the client owned the home as his primary residence for more than 1,215 days, then he can take advantage of the full state exemption.

• A "rollover" of the equity in a former residence into a new home is allowed, without triggering a restart of the 1,215-day period, but only if both the former and new residence are in the same state. The obvious implication is that a Georgia resident, whose homestead protection is limited to $5,000 cannot sell her home, move to Florida and use non-exempt cash to buy a posh residence and expect Florida"s unlimited homestead law to apply in bankruptcy shortly thereafter.

• Finally, regardless of when the home was acquired (within or without the 1,215-day period), the $125,000 limitation on the state protection will apply if the court determines that the bankruptcy filing was abusive or if the client owes debt resulting from securities fraud, civil RICO fines, or liability from a violent crime causing serious injury or death to another.

In other words, these are the classic "offshore trusts" that have been used and abused more commonly over the past decade. For over 200 years in the United States, such trusts were not allowed. In the last five years a number of states have passed legislation allowing them in their state, most notably, Alaska, Delaware and Nevada.

The act takes square aim at DAPTs and FAPTs by allowing a bankruptcy trustee to void any transfer to such a trust that were made with 10 years of the bankruptcy petition. This 10-year "clawback" provision is specifically aimed at transfers made with "actual intent" to hinder, delay, or defraud any entity at the time of the transfer or that appeared subsequently.

While some clients might point to the language "actual intent" as a strong limitation on the 10-year limitations, those of us in the field know that courts can find such intent through common "badges of fraud" found in many DAPT and FAPT circumstances. In­sol­vency is not required, nor is malicious intent—merely the intent to hinder, delay or defraud. In fact, many attorneys now feel that it may be difficult for a client to maintain that a transfer to an asset protection trust was not made with the intent to hinder a creditor, even if the creditor is a future unknown creditor.

For this reason, the 10-year clawback provision may prove to be a serious blow to DAPTs and FAPTs. If you have one in place, realize that it may not have any asset protection benefit in the bankruptcy context until 10 years after your last transfer to the trust … even against litigants or creditors you don't have yet. While there still may be a place for such tools for some clients, this act certainly make it less attractive for the typical asset protection plan.

5. Income. Listening to most pundits in general media, the most troubling part of the act for most physicians and other high-income clients was "the means test." According to the media, such a test means that anyone with an annual income higher than the average (mean) income in their state (about $45,000), would not be able to eliminate their debts in chapter 7 anymore. This would mean they can only file a re-organization under Chapter 13—which would not eliminate any debts, just create a payment plan, using all non-exempt present assets AND, potentially, future income. Troubling indeed.

Fortunately, as with so many other financial topics, the mass media got it wrong. For most physicians and high net-worth clients looking to protect assets from lawsuits, the means test will not even apply. However, this will not be true in all cases. You need to be guided by an expert in these areas.

The best advice is to get an asset protection check-up as soon as possible. As you can tell, the new bankruptcy act makes significant changes to the way asset protection planning should be handled. If you have a plan in place, make sure you work with an expert advisor to review and update your plan. Especially important are the plan for retirement assets, the home, and the use of any DAPTs or FAPTs.

If you don't yet have a plan in place, now is the time. As this new statute makes clear, courts are increasingly not respecting planning done too late. Now is the time to plan—before there is a problem.

Mr. Mandell is an attorney, lecturer and author of Wealth Protection M.D. He is also a co-founder of the Wealth Protection Alliance—a nationwide network of elite independent financial ad­visory firms that help clients build and preserve their wealth. For a 40-percent dis­count on Wealth Protection M.D., or for an audio CD on asset protection, call 1 (800) 554-7233 or email info@wealthprotectionalliance.com.

Mr. Gutherman is president and CEO of Wealth Management Stra­te­gies Inc. He provides sophisticated business planning to physicians around the country. Wealth Man­agement Strategies Inc. is a charter member of the WPA, and can be reached at 1 (800) 554-7233.