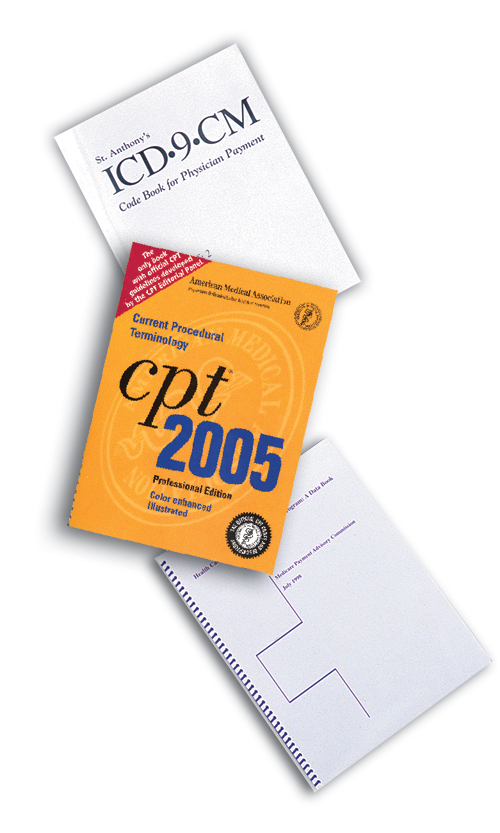 A. Yes. For many physicians and staff, coding is all about picking the right CPT code(s). Conversely, diagnosis codes (ICD-9) receive a lot less attention. Reasons for errors and misunderstandings are many, including incompleteness, inaccuracy, and sometimes, intentional abuse.

The system of diagnosis codes, the In­ter­national Clas­si­fi­ca­tion of Dis­eases–9th revision–Clinical Mod­i­fi­cation, ICD-9-CM, comprises three volumes: Volume 1, the Tabular List, Volume 2, the Alphabetic List, and Volume 3, procedure codes to identify facility services for hospitals. Most practices only use Volumes 1 and 2. ICD-9 codes are updated semi-annually and manuals are published annually.

To find the appropriate ICD-9 code in the manual, first look in the alphabetical listing (i.e., glaucoma) and second, in the tabular listing (i.e., 365.xx). The tabular listing provides more detailed explanations and guid­ance. It further stratifies glaucoma disease to various levels of specificity providing up to five digits (e.g., 365.11–Primary open angle glaucoma). The first three digits de­scribe the lo­cation and category of dis­­ease; the fourth and fifth digits elaborate on the description. Use of specific di­ag­­noses im­proves the quality of claims, may support higher levels of service, and reduces claim denials.

A. The diagnosis code should correlate with the reason for the patient's visit as described in the chief complaint. For example, if the patient's chief complaint is three-month follow-up of chronic open angle glaucoma in both eyes, the primary diagnosis code should be 365.11 (COAG). If this patient's history also in­cludes cataracts and AMD, these added diagno­ses are subordinated or omitted entirely. With­out a complaint to correlate with cataracts and AMD, these conditions may not be particularly relevant to today's encounter. The ICD-9 guidelines instruct users to list chronic conditions or secondary diagnoses only if pertinent to the visit.

Q. What if the patient presents with a complaint or a symptom, but no conclusive diagnosis is made?

A. It is common to see an assessment that reads, "probable, suspect, rule out, or un­defined disorder." Claim submission re­quires a diagnosis code, however, no such codes exist to describe a probable condition or rule out status.

The introduction to the ICD-9 manual ad­dres­ses this issue by stating, "Diagnoses documented as 'probable,' 'suspected,' 'questionable,' or 'rule out,' should not be coded as if the diagnosis is confirmed … code to the highest de­gree of certainty, such as describing symptoms, signs, abnormal test results, or other reasons for the en­counter." It also states, "… Codes that describe symptoms as opposed to diagnoses are acceptable if this is the highest level of certainty documented by the physician." Code the symptoms if you cannot make a definitive diagnosis.

Q. How does my staff know which diagnosis code correlates with which service?

A. Your staffer at the check-out desk may not necessarily know which diagnosis is associated with which procedure; you should match them up. The easiest way to do so is to draw a line between the CPT code and the ICD-9 code to make the association.

Some patients—for example, some with diabetes, or those taking high-risk med­ications such as Plaquenil—present with no ocular signs of their sys­temic disease, but an eye exam is med­­ically ne­cessary. These claims use the systemic disease as the primary diagnosis.

Q. How do I code for diabetic patients when ocular disease is present?

Q. How do I code for diseases that no longer exist?

A. Patients return for follow-up exams so a physician may as­sess their progress for treated conditions. Du­ring the course of treatment, diagnosis coding is straightforward. When the condition no longer exists, the ICD-9 introduction states, "… Do not include codes for conditions that were previously treated and no longer exist."

For example, a malignant lesion is re­moved from the patient's eyelid. All margins are clear, and the patient is in­formed that no further malignancy exists at this time. The patient returns six months post-excision with no problems or complaints for a follow-up check. The area remains clear with no signs of re-growth. It is inappropriate to code to­day's visit with a malignant lesion diagnosis. The correct ICD-9 is V10.83 – Personal history of malignant neoplasm, skin.

Q. Is insurance coverage of services affected by the diagnosis code?

A. Yes. Coverage policy of third-party payers is driven by the pur­pose of the procedure and de­scribed on the claim for reimbursement as the diagnosis code. Lim­it­ations of coverage and reimbursement exist be­cause some ICD-9 codes are excluded from the policy. For example, Med­icare doesn't pay for routine vision care  exams (V72.0) or to cope with re­­frac­tive errors (367.xx). If a Medicare beneficiary's chief complaint is "wants new eyeglasses," this exam will not be covered.

Q. Can I change a diagnosis if the beneficiary wants to ensure coverage?

A. No. Beneficiaries may become agitated and confrontational when told that their health plan doesn't pay for some services. It may be tempting to change the diagnosis on the claim form to prevent a denial, but don't. Knowingly filing a deceptive claim for reimbursement is fraud.

Consider This Before Joining an ACO

The Ins and Outs of Informed Consent

Need-to-Know Changes For the PQRS in 2015

Coding for Refractive Error After Surgery